Tonight, VH1 will premiere its new hip-hop series The Breaks. The series stars Wood Harris, Mack Wilds, Afton Williamson, and David Cal, and will explore the beginning of hip-hop and the relationship between Nikki, DeeVee, and David, as they pursue their music careers. According to ScreenerTV, the show will follow Dan Charnas’ book “The Big Payback: The History of the Business of Hip-Hop”, quite closely.

Read on to find out how and where to watch the show tonight.

TV CHANNEL:
VH1 – Check with your local TV provider (ie. FIOS, Optimum, Time Warner) to find out what channel VH1 is in your area.

EPISODE SYNOPSIS: In the series premiere, Nikki begins her first day as Barry Fouray’s new assistant and is tasked with planning a listening party for rapper Special Ed. Elsewhere, Ahm demands that DeeVee return his tape. 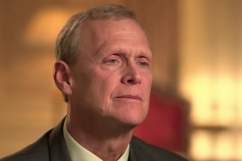 Read More
Music, TV, VH1
Tonight is the premiere of The Breaks on VH1. Get info on what time the special airs and what channel to watch tonight.