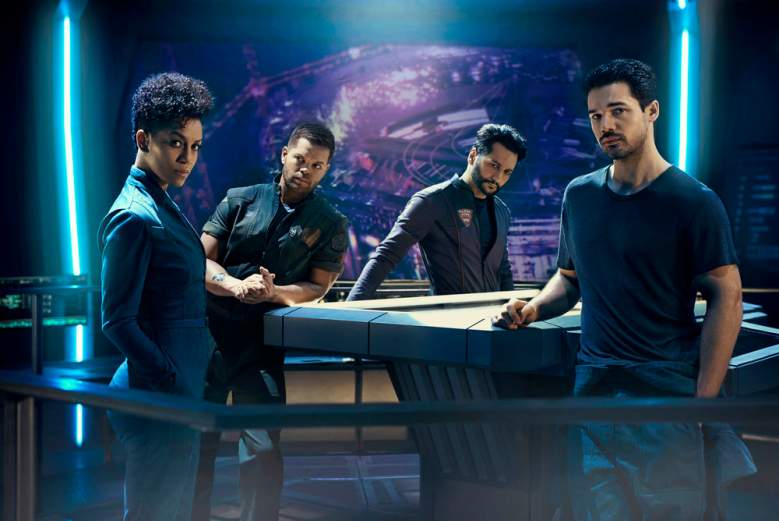 Season 2 of The Expanse is premiering tonight, February 1. This show has a good shot at being Syfy’s next big hit, if it can keep building momentum and an audience. Based on a series of highly acclaimed books, fans are excited to see what’s in store for Season 2. Here’s all the broadcast information about tonight’s premiere.

THE EXPANSE SEASON PREMIERE AIR TIME: 10:00 PM Eastern/9:00 PM Central. The episode will be an extra thirty five minutes long. It will end at 11:35 p.m. Eastern.

You can also live stream the episode using Sling TV if you don’t have a cable subscription.

EPISODE PREVIEW: Prepare for tonight with this preview:

Read More
SyFy, The Expanse, TV
What time and channel does The Expanse premiere air tonight? Get all the details on what time it starts, how to watch it, and see a preview.