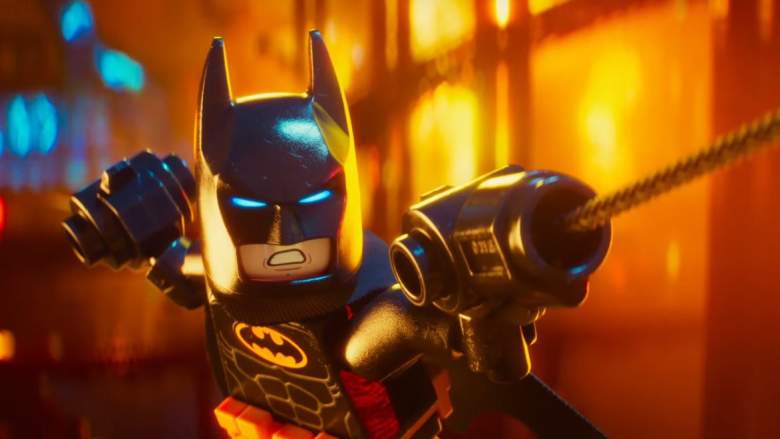 Now that The LEGO Batman Movie is finally in theaters, Batman fans can go see it over and over again to try to pick out every Easter Egg packed into the 104-minute movie. There are countless references to every era of the Dark Knight’s past, from the serials of the 1940s to the Christopher Nolan films. However, before we get to the Easter Eggs, you might be wondering if there is any post-credit scene.

Is There a Post-Credits Scene?

The answer is no, but you do want to stick around for a little bit after the movie is over. As with most blockbusters today, The LEGO Batman Movie doesn’t start with any credits after the studio and production company logos. After the film is over, the credits that we used to see before a movie started begin. While these play, Batman, Robin and the rest of the Bat-Family (plus villains) perform the song “Friends Are Family.” You can hear the song, performed by Oh, Hush! with Will Arnett and Jeff Lewis, above.

Right off the bat (pun intended), the film kicks off with a hilarious Easter Egg all film students should pick up. The plane’s pilot identifies their plane as a McGuffin Airline flight. A McGuffin is a plot device that doesn’t have much to do with the narrative, but is the goal that drives it. So, in The LEGO Batman Movie, the McGuffin is the Phantom Zone Projector. Batman needs it to kick the plot into motion, but it looses its significance as the importance of building a family to defeat the Joker grows.

Another plane-related Easter Egg you can spot early on is a billboard for Ferris Air. That’s the same company Hal Jordan was a test pilot for when he found Abin Sur and became Green Lantern.

Also, when the Joker tries to commandeer the plane, the pilot reminds him of two failed plots of his. The first one had to do with two boats, which was a reference to The Dark Knight. The other one mentioned Prince music, clearly a reference to Tim Burton’s Batman movie. Another great reference to the Burton Batman is Billy Dee Williams voicing Two-Face, although his part is sadly very small. One of the great references to the Nolan films was Bane’s voice sounding just like Tom Hardy’s in The Dark Knight Rises.

As the film goes on, most of the Easter Eggs are sight gags and references to really obscure Batman lore. Yes, every villain the Joker mentions at the beginning is really a part of Batman’s rogues gallery – even Condiment King and Polka Dot Man. And you sure did see the Wonder Twins at Superman’s party. The city Bludhaven Barbara Gordon worked in is the same city Nightwing (formerly Robin) protected in the comics.

Fans of the 1966-1968 Batman series with Adam West and Burt Ward will have a blast at The LEGO Batman Movie. Not only are the villains King Tut and Egghead in the film, but there’s a whole scene where Batman and Robin punch villains so hard, they made words pop up in the air.

There were also some non-Batman references. The Joker brought villains from outside the DC Universe from the Phantom Zone to wreak havoc on Gotham City. These included the Daleks from Doctor Who, the Gremlins from Gremlins, Sauron from Lord of the Rings and The Wizard of Oz‘s Wicked Witch of the West. Voldemort from Harry Potter also appears. This is especially funny because Ralph Fiennes, who played Voldemort in the Potter movies, was the voice of Alfred.

When Superman is in the movie, there are some fun references to the Superman films. Of course, the villain Superman locked up in the Phantom Zone was General Zod, the same villain in Superman: The Movie, Superman II and Man of Steel. We also heard a bit from the original John Williams score for Superman: The Movie when Batman and Robin arrived at the Fortress of Solitude. Once there, Batman lifted a crystal that began one of Jor-El’s recordings, just like in the original Superman movies.

There are bound to be plenty of more Easter Eggs we’ve missed. If there are any more you can think of, let us know in the comments!