The group performed during the 2017 Grammy Awards and issued the following statement:

Agent Orange is the toxic herbicide used to strangle and destroy farmland during the Vietnam War. According to the US Department of Veteran Affairs, the chemical causes cancers, birth defects and several health complications that can be traced to Agent Orange exposure. The herbicide was inevitably banned in 1971. 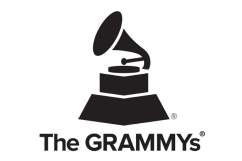 WATCH: Adele Makes Beyonce Cry In Album of the Year Acceptance Speech at the Grammys