On a Grammy night filled with thrilling wins, electric performances, and a few missteps, Lil Yachty has managed to steal some of the spotlight. The 19 year-old rapper, recently seen crooning in a Sprite commercial, has lent his unique talents to a Target ad that aired during the Grammy Awards. The TV spot finds Yachty and pop singer Carly Rae Jepsen revamping the 1988 rap classic “It Takes Two”, originally performed by Rob Base & DJ EZ Rock.

In this version, Yachty and Jepsen turn an innocuous shopping trip to Target into a full on party, complete with matching white jump suits, emoji pillows, and dance moves from La La Land choreographer Mandy Moore. Atlanta producer Mike WiLL Made It was also on hand to give the “It Takes Two” beat a contemporary edge. Check out the behind the scenes video below.

Speaking on the project with Entertainment Weekly, Jepsen explained why she chose such an unexpected collaboration: “I think that’s what we loved about it! It was reaching from different worlds and coming together to make something that hopefully nobody would expect,” Jepsen also added that the shoot was “a total blast. Yachty is a lot of fun, so the combo was unlike anything I’d done before.”

Response to the ad have been varied, with some fans loving the colorful, goofy approach.

Turned on the Grammys just in time to see Lil Yachty and Carly Rae Jepsen remake “It Takes Two” for Target. Reminded me why I love music.

Best performance of the night so far. #Grammys #TargetCommercial

Others, not so much, with complaints ranging from Yahcty’s abilities as a rapper to tarnishing the legacy of the original song.

Watching that Target ad made me ask for the millionth time, how the hell did Lil Yachty make it?! Undoubtedly the wackest rapper of all time

Is Rob Base still alive? Did he agree to this? I’m against it. #grammys #targetcommercial #extendedextendedversion

The video has also come as somewhat of a surprise for Yachty naysayers, as the rapper has previously been criticized for his lack of golden age hip-hop knowledge. Based on the attention the Target ad has gotten, however, it looks as though Yahcty and his rainbow grill have gotten the last laugh. 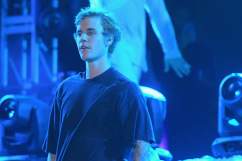