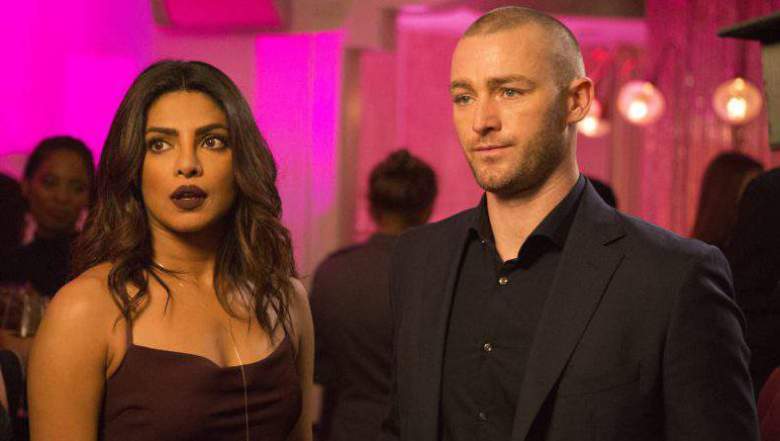 “I had a feeling it was you. All this time, I knew you were AIC.” – Alex to Lydia on tonight’s episode.

By the end of tonight’s episode, we learned that Lydia was behind the terrorist attack at the G20 summit.

Last week, Alex, Ryan, Sebastian, and Harry rushed to save all the hostages in the building. Alex was well aware that terrorists were in the mix of people, and decided the tunnels were the best way to go. That may not have been a good idea, because the lights went out and someone took her gun.

Alex has been told to leave the Farm, but there are still secrets to uncover. What will she do now? #Quantico pic.twitter.com/9cP3bkgvdB

Tonight’s episode, titled EPICSHELTER, picked up where last week’s left off– everyone is released from the hostage crisis, but the gang soon realizes that Dayana and Will are missing, as are the drives that Lydia hid from the AIC.

Owen takes the fall for his daughter and gets taken away to federal prison– as soon as he leaves, Lydia kicks Alex off the Farm. Rude.

Later, the gang is tasked with writing up their wills to help them come to terms with the fact that they might die on the job (brutal) which leads to an epic meltdown by Harry. Not only does he out himself as an MI:6, but he admits that he’s been reporting his friends. He ends his breakdown by saying he’s leaving the next morning. Which he does.

Screw you Lydia! This was your own fault. How dare you blame Alex! #Quantico

When it became clear that Lydia was the snake, Twitter took notice.

We had a VERY good time with this round two battle between Lydia and Alex. Fights are FUN! @priyankachopra @Tracyifeachor #Quantico pic.twitter.com/DhkmyY5fr6

In other news, we learned tonight that Alex and Ryan are officially over– that’s right, they’re not getting married. Well, for now, at least.

So what was it that was on the files Lydia uploaded? The files show patterns of attack for many countries. This means that those with access to the files could essentially plan the perfect attack. Bottom line? It’s not something you want on the Internet.

In the final seconds of tonight’s episode, Ryan, Nimah, Dayanara, Shelby, and Alex are all summoned to a meeting at the White House, where they learn that they’re going to be part of a covert task force designed to deal with Lydia’s mess. When Alex asks who they should be reporting to, Madam President says, “My son.” Is Caleb coming back? Does she have another son we don’t know about?

Only time will tell.