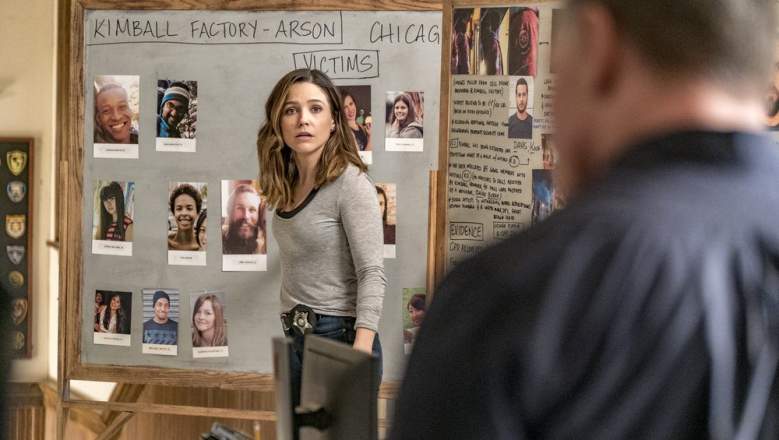 The crossover kicks off at 8 p.m. ET with the new episode of Chicago Fire, titled “Deathtrap.” In the episode, the Fire team is called to a massive fire at a worn-down factory-turned living space. The disaster turns personal when the life of Alvin Olinskiy’s daughter is put in danger during the fire. This leads into “Emotional Proximity,” in which the Intelligence team tries to find the suspected arsonist, with the Fire team pitching in.

After “Emotional Proximity,” the first episode of Chicago Justice airs. Titled “Fake,” it centers on Peter Stone’s team bringing the suspect to justice in the court room. Justice‘s regular time period is Sundays at 9 p.m. and will debut in that slot on March 5. PD will be back at its regular Wednesdays at 10 p.m. timeslot on March 8.

“Nothing remotely like this has ever been done with a three-hour block of programming,” Chicago executive producer Dick Wolf told The Hollywood Reporter of the crossover. “[It’s] very challenging, but a great story and something I think that will keep people sitting there for all three hours. Each one has a slightly different variation on the same theme. Each hour is giving you new information and moving toward a great courtroom conclusion.”

CHANNEL: NBC (To find your local NBC channel, click here to visit TV Guide’s listings and click “Change” next to “Provider.” Then, put in your cable/satellite provider.)

EPISODE DESCRIPTION: “Emotional Proximity” – “Olinsky’s (Elias Koteas) daughter remains in critical condition following a massive fire – leaving Intelligence on edge, but more determined than ever to track down the suspect. Voight (Jason Beghe) opens up the case, knowing that he has Stone (guest star Philip Winchester) and his team’s full support in the investigation, and all of Firehouse 51 behind him to examine potential origins of the fire. Intelligence works to connect the dots between the building owner, those who were inside, and a string of potential suspects.”