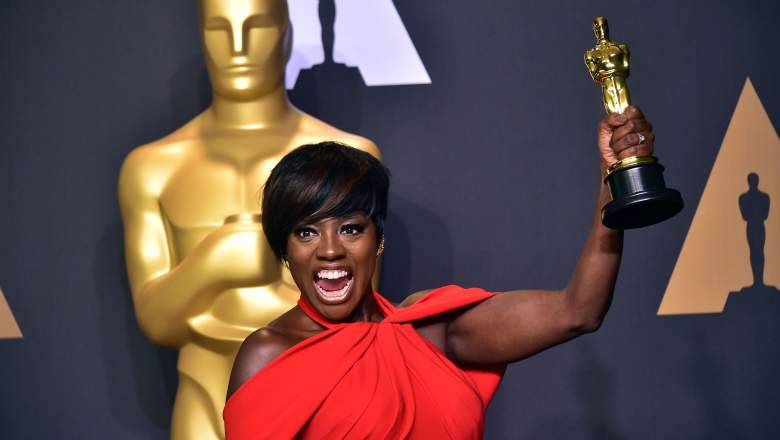 Viola Davis, you just won an Oscar! What’s next for you? A Lifetime movie! Yes, Davis filmed Custody long before she won an Oscar last week for her supporting role in Fences, but it’s the first time her fans get to see her in action since that night. Custody, which also stars Hayden Panettiere, debuts on Lifetime at 8 p.m. ET on Saturday, March 4. Read on for a preview.

Custody has a jaw-dropping cast for a Lifetime movie. Alongside headliners Davis and Panettiere, there’s also Oscar nominee Catalina Sandino Moreno, Oscar winner Ellen Burstyn and Emmy winner Tony Shalhoub. Written and directed by James Lapine (Into The Woods), the film centers on three women whose lives are intertwined by a working single mother’s fight to keep custody of her children.

This certainly isn’t the first time Davis has worked on television. She has an Emmy for ABC’s How To Get Away With Murder, made several appearances on Law & Order: SVU as Donna Emmett and starred in United States of Tara. Davis is the first African-American actress to win an Oscar, Emmy and Tony, making her just a Grammy away from joining the EGOT club.

PLOT: “Custody revolves around three women brought together when hard-working single mother, Sara Diaz (Moreno), has her children taken from her after she is suspected of injuring her son. Ally Fisher (Panettiere), a recent law school graduate, is assigned to represent her case before Judge Martha Schulman (Davis), a veteran of the Family Court System.”