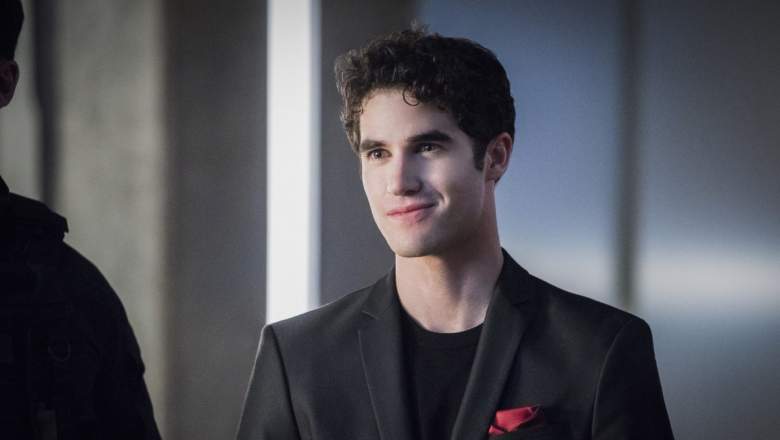 The March 20 episode of Supergirl introduces us to Music Meister, a villain who uses the power of music for bad instead of good. “Star-Crossed” features former Glee actor and singer Darren Criss in the part, which has never appeared in the live-action medium before.

“Star-Crossed” is the first half of a two-part crossover episode with The Flash. It ends with Kara/Supergirl getting hurt by the Music Meister. Her friends take her to Barry Allen/The Flash’s universe to get some much-needed help. On the March 21 episode of The Flash, titled “Duet,” Barry (Grant Gustin) and Kara (Melissa Benoist) get stuck in a musical world created by the Music Meister. We’ll have to tune in to see how our heroes get out of this mess.

Here’s what you need to know about the Music Meister and the actor who plays him.

1. Music Meister Has Only Previously Been Used in Cartoons

The Music Meister villain has never appeared in the comic books. He first debuted in the 2002 Justice League episode “Legends” as a villain a group of comic book heroes fought in an alternate world.

He later showed up in Batman: The Brave and the Bold (2008-2011), appearing in the 2009 episode “Mayhem of the Music Meister!” and voiced by Neil Patrick Harris. He later appeared in the 2011 episode “Mitefall!”

Although the Music Meister episode of Brave and the Bold remains popular, the character has surprisingly not been used in the comics. He did appear in the video game Lego Batman 3: Beyond Gotham, but that’s it.

The character does have comic book roots though. He was likely inspired by Fiddler a Golden Age Flash villain who played a violin to control people’s minds. 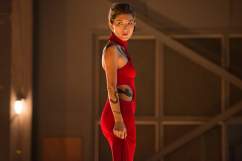 2. Criss Calls His Character ‘Kind of a Stinker,’ Unlike a ‘Typical Villain’ 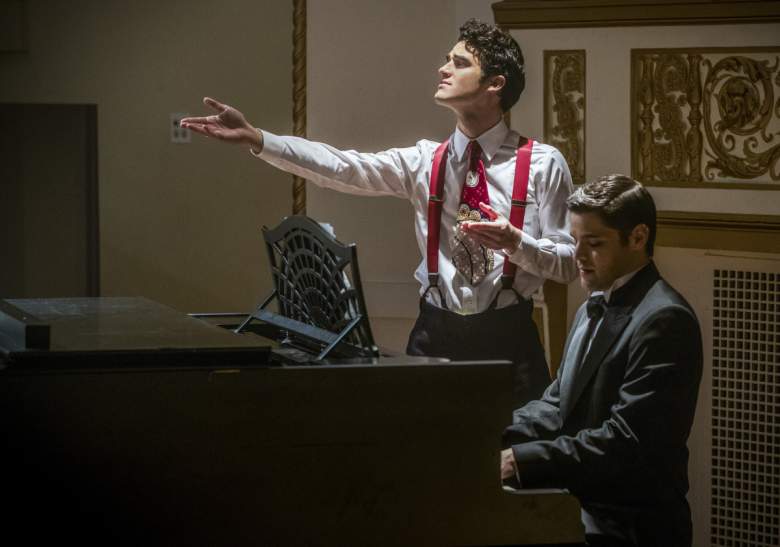 In an interview with Entertainment Tonight, the 30-year-old Criss described his character as “kind of a stinker” who isn’t your “typical villain.” It sounds like he’s similar to Mr. Mxyzptlk.

“Come on, he makes people sing and dance. How mean could he be?” Criss told ET. “He’s just kind of a troublemaker. I’ll leave it at that. They’ve let me kind of do a lot of silly things on set, so considering how much they’ve allowed me to run with this, I have a feeling he won’t seem as villainous.”

Criss, who played Blaine Anderson on Glee, <a href="http://www.imdb.com/name/nm2023050/?ref_=nv_sr_1" target="_blank"has stayed busy since that series ended back in 2015. He had a brief role in season five of American Horror Story. In 2012, he appeared in Gil Most Likely with Kristen Wiig and voices Sideswipe in Transformers: Robots in Disguise. 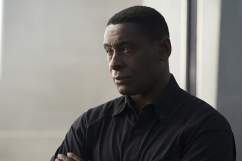 ‘Supergirl’ Spoilers: Who Is Cyborg Superman?

3. ‘Flash’ Actor Carlos Valdes & Criss Went to College Together & Acted in a Musical

Carlos Valdes, who plays Vibe/Cisco Ramon on The Flash, went to college with Criss at the University of Michigan, Valdes revealed in an interview with Entertainment Weekly. The two even performed in a musical together called Me And My Dick.

In “Duet,” Valdes plays a busboy named Pablo at the imaginary club the Music Meister sends Barry and Kara to. It’s a musical wold inspired by Kara’s favorite movie, The Wizard of Oz.

When Entertainment Weekly asked Valdes to describe what it was like to prepare for “Duet,” he explained:

I was expecting there to be a bit more of a learning curve than there actually was. I was expecting us to have to scramble at the last minute to figure out how to make this happen. But honestly, it’s been a lot more fluid than I expected and I attribute that, honestly, to a good team. I mean, we’ve got [choreographer] Zach Woodlee from Glee, so he’s such a pro at this. He’s already got it mapped out. He already knows how to set it on the actors and it looks beautiful. So, I’m excited to see how it looks in the end, but as far as the process is concerned, it’s super.

Valdes said it was “such a blast” to work with Criss again.

“It’s weird because I’m seeing worlds mesh before my eyes, like, worlds that are very separate,” he told Entertainment Weekly. “There’s my Flash life, these people that I’ve been working with for the last two to three years, and then there’s Darren, whom I used to goof off with in college and write musicals about genitalia.” 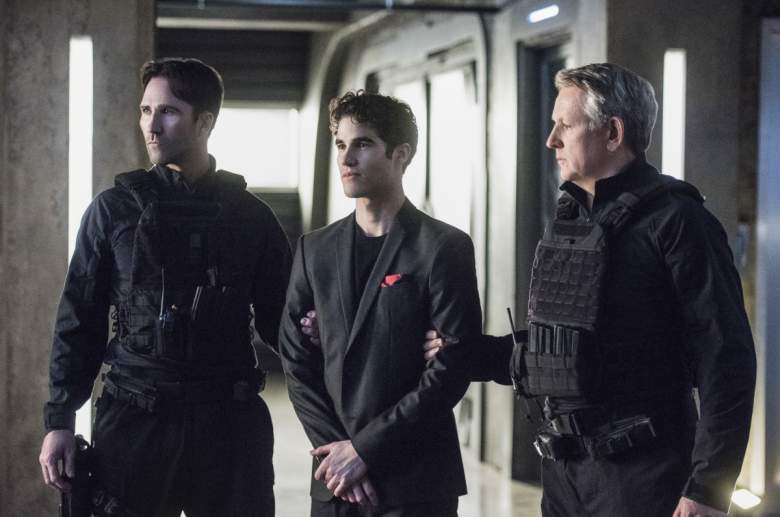 “Duet” is also one big happy Glee reunion, since both Gustin and Benoist were on the hit Fox show, too. Gustin played Sebastian Smythe in seven episodes between season three and season five. Benoist played Marley Rose in almost 40 episodes between 2012 and 2014. Criss also told Entertainment Tonight that Glee choreographer Zach Woodlee also worked on “Duet.”

Executive producer Andrew Kreisberg told Entertainment Weekly that, because of the Glee connection between their two stars, they have always thought about doing a musical crossover. At first, they were joking about it, but eventually began taking the idea seriously.

“We’ve always talked about doing it, from the very beginning, more in a joking way,” Kreisberg told the magazine. Gustin, however, was initially curious. “I didn’t ever think it would be a real thing, so when they told me it was real, I was like, ‘How?!‘”

Gustin and Benoist are just the tip of the musical theater iceberg that lives in the Supergirl/Flash family. Jesse L. Martin, Victor Garber, John Barrowman, Jeremy Jordan and Valdes all contribute to “Duet,” even though their usual characters aren’t in the imaginary world with Kara and Barry.

The episode also features original music. “Runnin’ Home To You” was written by Benj Pasek and Justin Paul, the same team behind the songs from La La Land. Crazy Ex-Girlfriend star Rachel Bloom co-wrote “Super Friend,” which Gustin told Entertainment Weekly is “a goofy song and it’s very consistent with that style of Crazy Ex-Girlfriend.”

Gustin and Benoist said that once filming started, they just returned to their old musical selves. “It’s funny how things stay in your muscle memory. It was fun to pick it back up again and see your body and be like, ‘Oh, we remember how to do this,'” she told Entertainment Weekly. 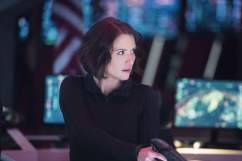 Chyler Leigh as Alex Danvers on ‘Supergirl’: 5 Fast Facts You Need to Know

Criss will next be seen in the third season of American Crime Story, playing the serial killer Andrew Cunanan. Among the five people Cunanan murdered was Italian fashion designer Gianni Versace. The season will be subtitled Versace and is expected to air in 2018.

Criss also recently released an EP with his brother, Chuck Criss. The two created a musical project called Computer Games, which is inspired by their favorite 1980s songs.

As for his love life, Criss is dating his longtime girlfriend, Mia Swier. 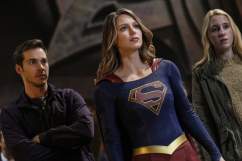 ‘Supergirl’ Spoilers: Who is Mr. Mxyzptlk?