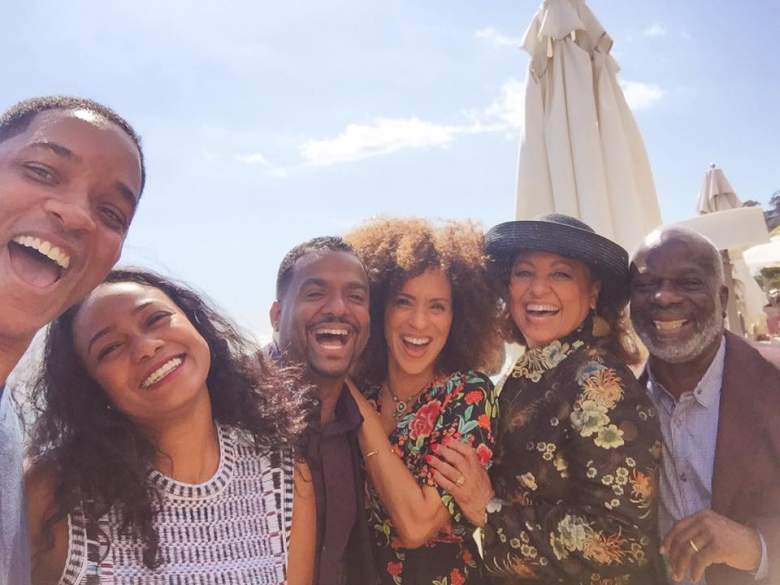 For over five years, the cast of The Fresh Prince of Bel-Air became more than just a made-for-TV family.

The relationships they formed growing up and working with each other made them seem far more of a real family than just a scripted one.

Almost every day, they crossed paths as they planned or recorded episodes for the sitcom, which originally aired on NBC from September 1990-May 1996.

Twenty-six years after the show’s pilot episode, the main cast was reunited once again for a casual afternoon together March 27.

Always amazing to spend an afternoon with my Fresh Prince family. Wishing that James Avery was still with us to make this complete.

Avery died at the age of 68 on December 31, 2013 from complications following a heart surgery at Glendale Memorial Medical Center in California.

Although The Fresh Prince was a scripted show, Avery acted as a real-life father, uncle and mentor for many members of the cast, who were all in their younger years when the show debuted.

The reunion was arranged in part by the Sweet Blackberry Foundation, a non-profit organization that’s “dedicated to bringing to life little-known stories of African American achievement to inspire young children.” It was founded by Parsons in 2013, and Ali serves on its board of directors.

The cast got together for lunch to catch up, tell stories and remember the impact Avery had on them. In the “selfie” that Smith posted to Facebook with the rest of his former co-workers, he said in the caption, “I missed my Uncle Phil today.”

Ali also posted a photo on Instagram of the six together, emphasizing how much they all still miss Avery.

For reference, here’s a photo of the cast — minus Geoffrey — from when the show was just beginning in the early 1990s.