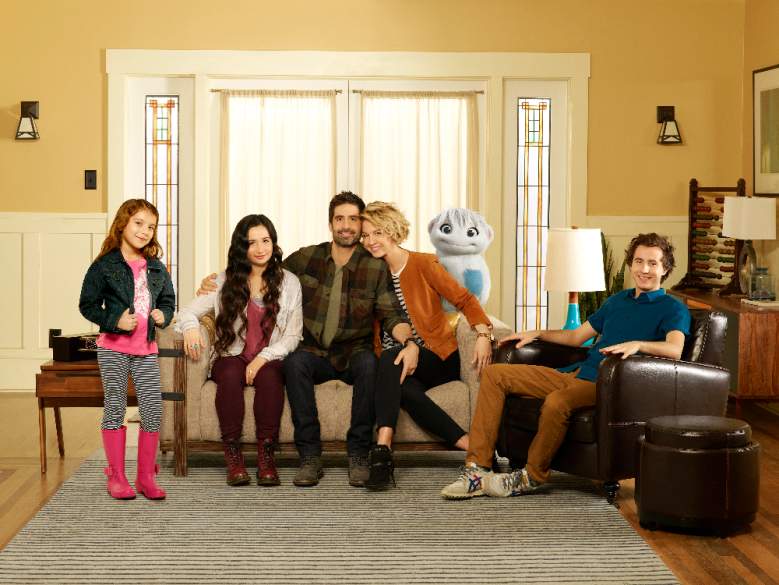 Since Dharma & Greg ended in 2002, Jenna Elfman has tried and tried and tried again to find a new successful show on television. This season, she tries again with Imaginary Mary, a new ABC sitcom where she plays an adult with an imaginary friend. The pilot episode debuts on Wednesday, March 29 at 8:30 p.m. ET, but the show will move to its regular Tuesday, 9:30 p.m. ET timeslot starting on April 4. Read on for a preview of the series.

Imaginary Mary, which was at one point supposed to start in January, stars Elfman as Alice, a career woman who falls in love with Ben (Stephen Schneider). The only problem is that Ben has kids and she’s not really up to becoming a mom. So, her imaginary friend from childhood, Mary (voiced by Saturday Night Live‘s Rachel Dratch) comes back into her life. However, Alice isn’t having a nervous breakdown.

“Ultimately, it’s the metaphor of what’s going on that’s most important,” executive producer David Guarascio said at the Winter Television Critics Association Press Tour. “She is internally conflicted about being in this very new situation. She’s a fish out of water, for lack of being able to put it another way. There’s a lot to figure out. The same way that we all have an internal dialogue to try and navigate a situation, that’s really what’s going on here.”

The series was created by Guarascio with The Goldberg‘s Adam F. Goldberg and Disney animator Patrick Osborne.

Unfortunately, the show is already set up to fail, since its first season will only run nine episodes, The Hollywood Reporter confirmed in September 2016. The episode count cut was blamed on the longer-than-expected time it takes to complete the animation of Mary.

REGULAR TIMESLOT: Starting on Tuesday, April 4, the series will air at 9:30 p.m. ET.

EPISODE DESCRIPTION: “Pilot” – “A fiercely independent career woman, Alice has her life turned upside-down when she meets Ben, a divorced father with three children, and soon falls head-over-heals for him. This triggers more upheaval when the imaginary friend she created as a child, Mary, suddenly reappears as she is nervous to meet Ben’s kids for the first time.”