Corinne Olympios was dubbed as the villain on season 21 of The Bachelor, as was Chad Johnson when he was on The Bachelorette and Bachelor In Paradise. Recently, the two were spotted hanging out together in an Instagram photo and fans have speculated that the two may be dating. However, they probably aren’t.

Access Hollywood asked Nick Viall if he thinks they would be a great match and Viall said, “I probably think the opposite. I think the world of Corinne, I don’t think the same of Chad.”

In an interview with In Touch, Chad Johnson said:

We’ve texted a little bit. I told her that the girls on the show don’t like her because they’re jealous, and I reiterated to her that she shouldn’t listen to what people say … Corinne is hot. If we were dating, you could tell me she’s the worst person on planet Earth and I wouldn’t care. I’m Team Corinne.

So, it looks like Johnson is definitely a fan of Corinne Olympios, but in the same Instagram pic, Johnson was standing next to another Bachelor villain – Olivia Caridi.

As for what Olympios has said about Johnson, she insists he’s a really nice guy. She has also said that there’s talks of her getting her own reality show. Olympios has been making the rounds on talk shows and morning shows like The Ellen Show and Good Morning America.

Tonight, Corinne Olympios comes under fire at the Women’s Tell-All Special when she is confronted by some of the cast-offs from the show. Reality Steve dished on some of the drama Olympios dealt with on the episode, saying that:

Both Danielle’s, Astrid, Whitney, and Jasmine were some that were all over her. Kristina and Sarah both said that Corinne asked for people to take their complaints to her directly, but when they did she’d just get mad … Corinne got defensive and acted like a child.

Olympios was front and center during the special tonight. 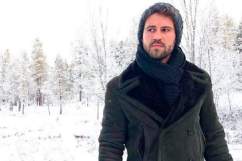 Read More
Reality TV, The Bachelor, TV
Who is The Bachelor star Corinne Olympios dating? Is she with former Bachelorette villain Chad Johnson?