Miriam Colon, a pioneering Latina actress and icon in that acting scene, has died at the age of 80.

The actress died of complications from a pulmonary infection, according to The Associated Press.

Colon played the role of Al Pacino’s mother in the film masterpiece, Scarface.

Her husband, Fred Valle, confirmed that Colon had died on March 3. According to The Hollywood Reporter, she was born in Puerto Rico and came to the United States in the 1960s to study acting. “She eventually founded the Puerto Rican Traveling Theater in New York where she helped cultivate young Latino actors and writers,” the AP reported.

Rest In Peace Miriam Colon. You gave so much for our community both artistically and socially. US Latina Artist now Angel. ?? pic.twitter.com/2M3EiaWOc1

President Barack Obama awarded Colon the 2014 National Medal of Arts. According to The Associated Press, Colon was a “pioneering actress in U.S. Latino New York theater who starred in films alongside Marlon Brando.” 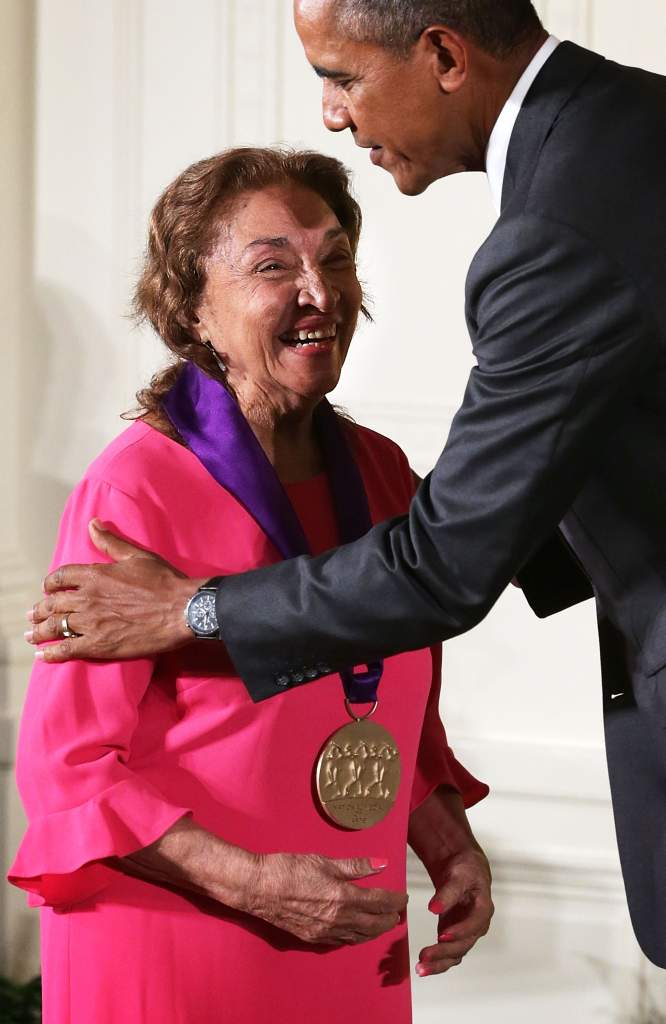 U.S. President Barack Obama presents the 2014 National Medal of Arts to Miriam Colon during an East Room ceremony at the White House September 10, 2015 in Washington, DC. Miriam Coln was honored for her contributions as an actress. (Getty)

Colon was know for her community engagement as well as her acting. The Associated Press reported that she “founded the Puerto Rican Traveling Theater in New York, where she helped cultivate young Latino actors and writers and staged work that would later be read in Latino Studies classes across the Americas.”

She appeared “in more than 90 films and more than 250 television episodes on programs including Bronco, Bonanza and Law & Order,” according to the AP.

Colon was married to her husband, Valle, for more than 40 years, according to The Minneapolis Star-Tribune.

Read More
Breaking News, cause of death, Puerto Rico
Miriam Colon, a pioneer in Latino theater, has died. Learn more about her cause of death and career.