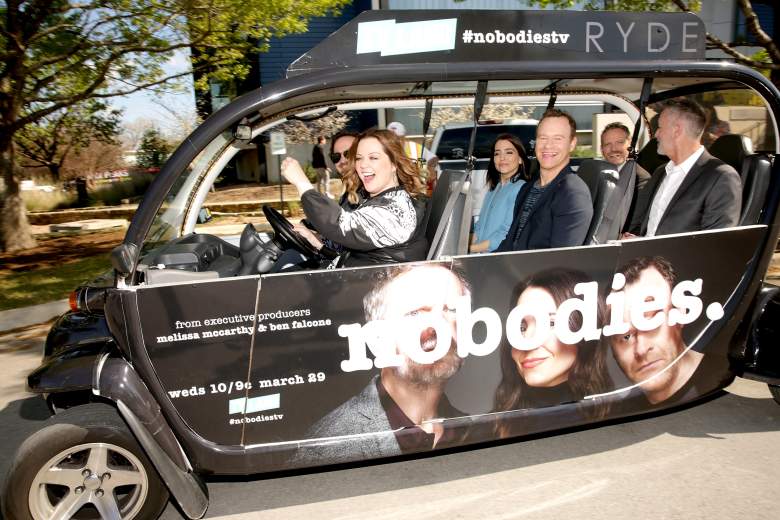 Melissa McCarthy and the cast of Nobodies at SXSW. (Photo by Roger Kisby/Getty Images for TV Land)

If you look in the lower depths of cable television tonight, you’ll find a show called Nobodies debuting on TV Land. But the truth is the show stars everyone but nobodies. Nobodies was executive produced by Melissa McCarthy and her husband, Ben Falcone, and she also plays a central role on the show. It debuts on TV Land at 10:00 p.m. ET on Wednesday, March 29. Read on for a preview of the show and the trailer

In the series, creators Hugh Davidson, Larry Dorf and Rachel Ramras play a trio of fictionalized versions of themselves and they get the chance to pitch their idea for a new movie called Mr. First Lady. Since they are alumni of the Groundlings comedy troupe, they think they can get fellow Groundlings alum Melissa McCarthy to play the President in their film. They use that to get Paramount to buy their idea, but there’s just one problem: they still have to convince McCarthy to make the movie.

Even before the show debuted, TV Land picked up the show for a second season.

CHANNEL: TV Land (Click here to go to TVGuide.com’s channel guide. To find out what channel TV Land is for you, change “provider” to your cable/satellite provider.)

EPISODE DESCRIPTION: “Mr. First Lady” – “After years toiling away writing on a kids cartoon, The Fartlemans, Groundlings alums Larry, Rachel and Hugh finally get their big break: A chance to pitch their film script Mr. First Lady at Paramount.”