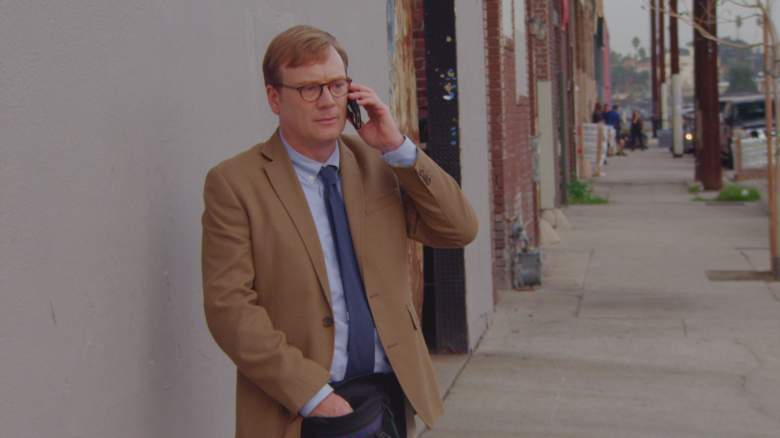 The last season of Andy Daly’s absurd Comedy Central series Review debuts tonight. The series, which stars Daly as Forrest MacNeil, a reviewer of real-life experiences who has let these reviews flush his life down a drain of miserable misfortune, starts season three on Thursday, March 16 at 10:00 p.m. ET. Read on for a preview of the season premiere.

Although the show has very few viewers tuning in, Review has been a critical darling. The show began as just a series about a show within a show, wherein Forrest would review life experiences, no matter what they were. Things started innocently enough, with him reviewing experiences like being a racist, getting addicted, stealing, floating in space and what it’s like to be Batman.

But then in season two, which aired back in 2015, things got really messed up. He started testing cures for homosexuality, joining a cult, getting buried alive, being a conspiracy theorist and murder. He even got a divorce just so he could review that life experience. By the end of the season, his life was completely in shambles and he jumped into a river with producer Grant (James Urbaniak).

In the third season premiere, Forrest will try to review a Mexican restaurant’s new product, putting a pet to sleep and fulfilling a dream.

Critics seem to agree that it’s the best comedy no one is watching. According to the Hollywood Reporter, season one averaged 484,000 viewers. Season two averaged just 258,000 viewers.

CHANNEL: Comedy Central (To find out what channel Comedy Central is for you, click here to go to TVGuide.com’s TV listings and change “provider” to your cable/satellite provider.)

EPISODE DESCRIPTION: “Locorito, Pet Euthanasia, Dream” – “In the Season 3 premiere, Forrest reviews a new product at a Mexican restaurant; experiences putting a pet to sleep; and learns what it’s like to fulfill a dream.”