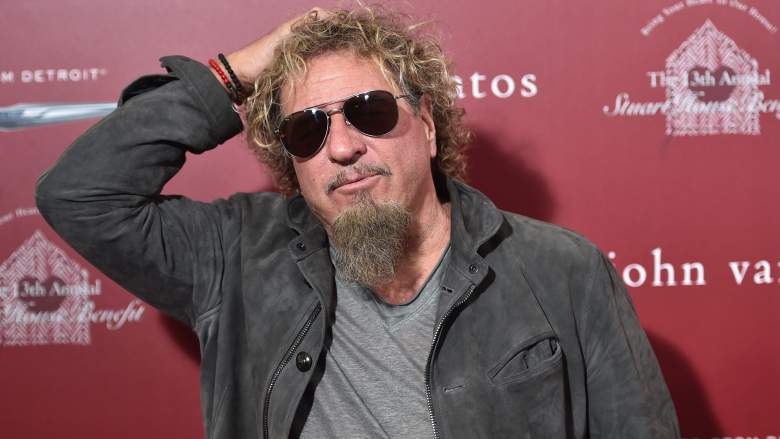 Rock singer Sammy Hagar, who’s famous for being the lead singer of the iconic rock band Van Halen, has a net worth of $120 million, according to Celebrity Net Worth. Tonight marks the premiere of a new season of his show, Rock & Roll Road Trip, in which Hagar travels the country and visits people in their hometowns to interview and jam with them.

Read on to learn more about Hagar’s net worth.

1. He Replaced David Lee Roth as the Lead Singer of Van Halen in 1985

Hagar rose to fame in the 1970s as part of the rock band Montrose. In 1985, he replaced David Lee Roth as the singer of Van Halen.

After playing with Montrose, Hagar went on to launch a solo career. He created hits like “I Can’t Drive 55”, “There’s Only One Way to Rock”, and “Your Love is Driving me Crazy.” In 1987, he released “Give to Live”– his first #1 hit on Billboard’s Album Rock Tracks.

After singing for Van Halen, Hagar joined up with former bandmates David Lauser and Michael Anthony to create the rock band Los Tres Gusanos. In 2004, he reunited with Van Halen for a 2-CD Best Of Album. His tour with Van Halen, unfortunately, didn’t end well. Eddie Van Halen relapsed, and his alcoholism strained his relationship with Hagar.

These days, the artist tours with the super group Chickenfoot. He’s also on his fourth platinum run. 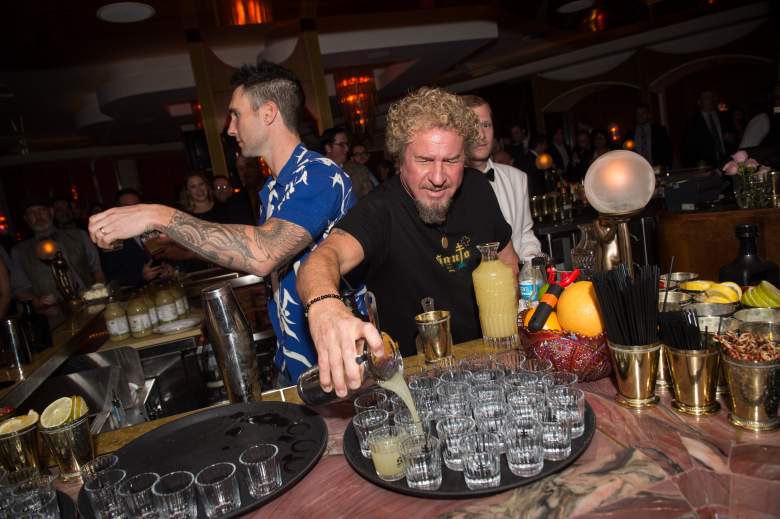 In 1990, Hagar created Cabo Wabo Cantina in Cabo San Lucas, Mexico. He’s since expanded the restaurant brand to include locations in Vegas and Lake Tahoe, and he’s also launched five Sammy’s Beach Bar and Grill restaurants. As of 2016, he owned eleven restaurants.

In 1996, Hagar started to sell his own house-brand, hand-made tequila to his patrons. A decade later, Cabo Wabo Tequila was named the second-best premium tequila in the US. In Maui, Sammy creates batches of distilled silver rum with one of the island’s master distillers, Mark Nigbur. Sammy’s Beach Bar Rum, as it’s since been named, has won a number of awards, including the award for “Best of Show” at the 2012 Nightclub and Bar Show in Vegas.

In 2010, Sammy sold Cabo Wabo Tequila for $95 million. In an interview with the Desert Sun in 2016, he was asked how he’s able to control the liquor and remain disciplined when it comes to building a business. He said, “I drink, but I didn’t start drinking until I was 30. I hated alcohol and I still don’t drink to get drunk. I drink fine wines and I love Margaritas and I love my rum with mojitos, but I do have discipline. I care a whole lot about what people see me do in public and I care a whole lot about my art and my voice, so I try not to do anything that would hurt any of that.”

3. He Was a Guest Mentor on Adam Levine’s Team on Season 11 of ‘The Voice’

In 2011, Hagar was a guest mentor on Adam Levine’s team on Season 11 of The Voice. In a 2016 interview with Yahoo, Hagar discussed how tough it is for rockers to make it on shows like The Voice. “Most of the time, the rocker guys, they make it to the finals and then they’re gone. They usually don’t win. It’s usually the country person or the pop person or the R&B person… I hate to put my neck on the block here, right now… but quite honestly, I probably wouldn’t go see somebody that I’d seen on TV for free, especially if they’d been on there for a while and you kind of saw everything they do. And then they lost! You kinda go, ‘Nah, I wouldn’t pay to go see that guy.’ But seems that some of the guys that win pretty much do have a career.”

Hagar has made a number of other television appearances, include starring in National Automotive Parts Association commercials, Celebrity Ghost Stories on The Biography Channel, a one-time guest appearance in the CBS pilot drama Nash Bridges, and an animated guest appearance in The Simpsons.

4. He Has Homes in California, Mexico, and Hawaii 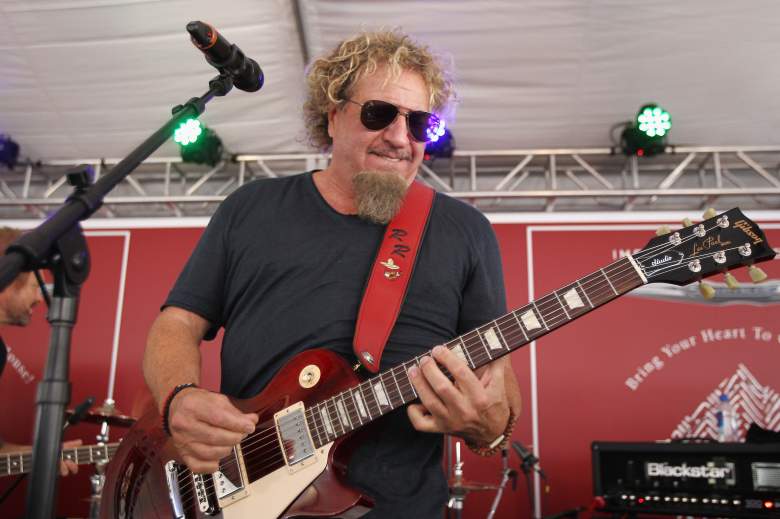 Hagar has many homes– one of them is in Marin County, California. In an interview with Marin Magazine in 2009, the artist said, “There is so much to do here on a beautiful sunny day—go to the beach, climb to the top of the mountain, or take the boat out. You can get exhausted thinking about it. For a day trip you can go to the greatest city in the world, S.F.; the wine country; or skiing or boating in Tahoe. Why would anyone not live in Marin?”

His other homes are in Cabo San Lucas, Mexico, and Maui, Hawaii. According to Ultimate Classic Rock, the artist’s Cabo San Lucas home was damaged in Hurricane Odile in 2014. Hagar’s Facebook post shortly after the hurricane read, “The Cantina is fine, just a little water damage… It’s unbelievable that none of our employees or anyone we know has been hurt so far — a real miracle. No one was hurt, but my house got tore up pretty good. It went directly over my house, and blew the windows out.” 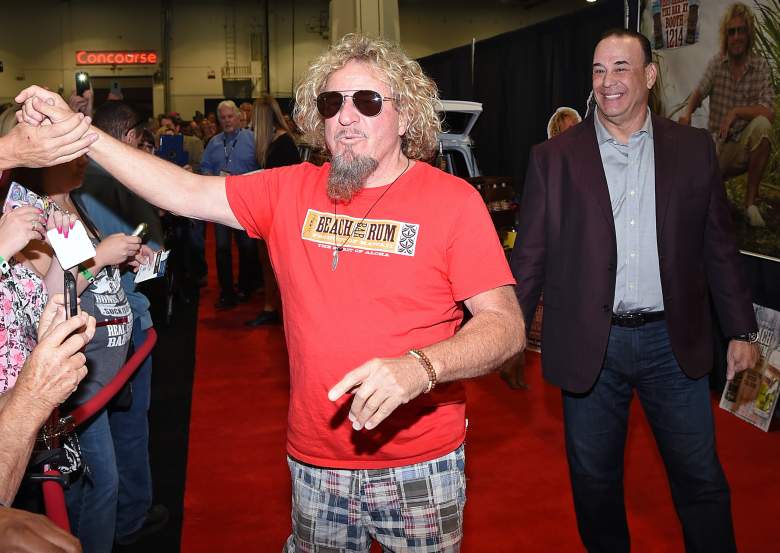 Hagar released his autobiography, Red: My Uncensored Life In Rock in March 2011. Within a month, it had climbed to No. 1 on the New York Times Best Seller list of hardcover nonfiction. In 2015, the rock n’ roll artist released a cookbook titled Are We Having Any Fun Yet? – The Cooking & Partying Handbook.

When he was asked by the Desert Sun how he came to be such a successful musician and entrepreneur, Hagar said, “In the very beginning I visualized being rich and famous and music was my vehicle. I was driven and I did all the work I had to do. It was pleasurable, but I had that vision and I was going for it. After Van Halen, I didn’t plan things as much. I said, “How much more fame and fortune can I have? It’s not going to do that much more for my life. It’s probably going to consume me.” So I tried to shift my focus on what’s good for me, what’s good for my family, what’s good for my bands, what’s good for my fans, what’s good for the world, and I started letting things come to me more.” 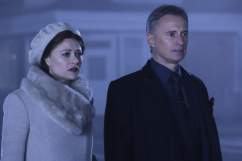 ‘Once Upon a Time’ Returns: What Time & Channel Is It On?