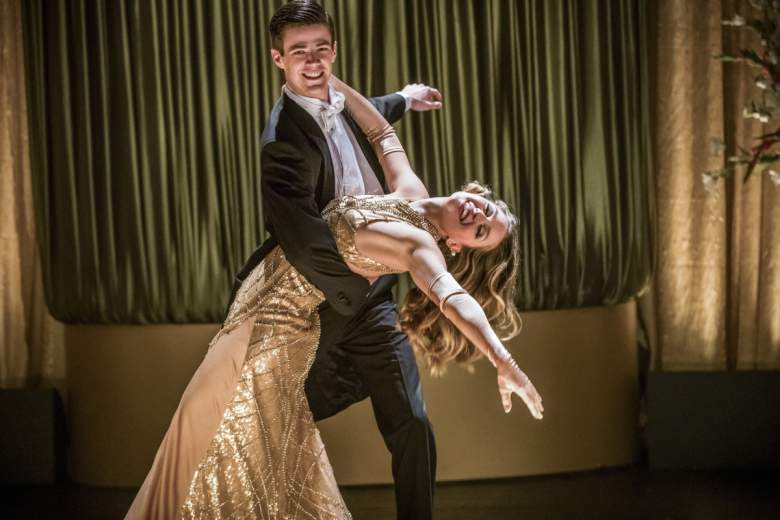 Since The CW has decided to air a repeat of Howie Mandel All-Star Comedy Gala tonight, there is no new episode of Supergirl. This also allows the network to air both parts of the musical Supergirl/Flash crossover in the same week. The first part, “Star-Crossed,” doesn’t air until Monday, March 20 at 8:00 p.m. ET. Read on for a preview of the episode.

At the end of the previous episode, “Exodus,” we learned that Lois Lane and Hercules are Mon-El’s parents! Yes, it turns out that Teri Hatcher and Kevin Sorbo’s characters are Mon-El’s parents, who somehow survived Daxam’s destruction and have been searching for their son. Considering the tension between Kryptonians and Daxamites, they might not be too happy with Mon-El’s relationship with Kara.

The arrival of Mon-El’s parents will be the main focus of “Star-Crossed,” since the crossover part with The Flash will likely only take up the last portion of the episode. Much like the “Invasion!” crossover, Supergirl will only serve as a launch pad for the main crossover episode in The Flash.

The Flash part of the crossover is called “Duet” and will air on Tuesday, March 21 at 8 p.m. ET. “Star-Crossed” will end with the Music Meister (Darren Criss) injuring Supergirl so much that J’onn and Mon-El take her to the Flash’s earth in the hopes that Team Flash can cure her. The Music Meister somehow takes Barry Allen and Kara to a world where life is like a musical – and they don’t have their powers.

By the way, Grant Gustin and Melissa Benoist both starred on Glee, so they can sing. Their Glee co-star Darren Criss was enlisted to play the Music Meister. Jesse L. Martin, who plays Joe West on The Flash, is also a veteran of musical theater as he starred in the original production of Rent.

Here’s the episode description for “Star-Crossed”:

Supergirl goes on high alert when a new villain comes to National City. In other events, Winn’s new girlfriend gets him in trouble with the law and the Music Meister attacks.

EPISODE DESCRIPTION: “Star-Crossed” – “Supergirl goes on high alert when a new villain comes to National City. In other events, Winn’s new girlfriend gets him in trouble with the law and the Music Meister attacks.”