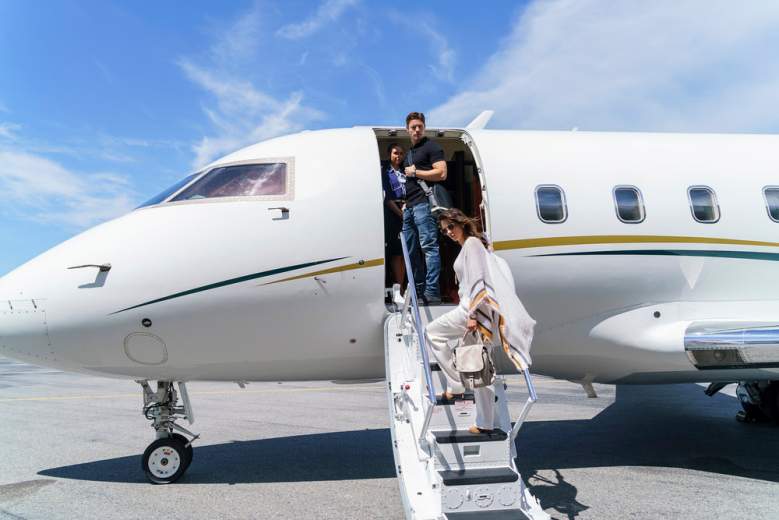 NBC describes The Arrangement as “a multi-layered Hollywood love story about the darker side of being a celebrity where no one is what they seem.” Many believe that the series is supposed to based on Tom Cruise’s life and a behind-the-scenes look at Scientology, but cast members have said on morning shows over the past couple weeks that this is not the case. Executive Producer Jonathan Abrahams tells The Observer:

This is not a show about faith. That’s not [an] underlying theme of do you believe or do you not believe? For me, it was really about [how] Hollywood is such an aspirational town and these self‑help organizations are about aspiring to a higher way of living; having more success in your profession and more success in relationships and having a more fulfilling life. And there’s a real promise to it, that ‘Come join our thing and do our program and spend X amount of dollars and you can change your life.’

For more information on the show, details on what time to watch the premiere, the cast and more, read on below.

EPISODE 1 SYNOPSIS: “Pilot” – When television actress Megan gets offered a contract that could change her life forever, she must decide if she will accept the consequences.

EPISODE 2 SYNOPSIS: “The Ex” – Kyle and Megan’s relationship starts with a whirlwind trip to Venice; Megan experiences some of the best and worst that her new life has to offer; Kyle pulls back the curtain on some of his true colors for the first time.

Megan Morrison Meets Head of The Institute Terrence Anderson | The Arrangement | E!While admiring Kyle's art collection, Megan meets Terrance again and this time it's straight to the business of love. Watch "The Arrangement". SUBSCRIBE: bit.ly/Eentsub About The Arrangement: Never Trust A Hollywood Ending. The Arrangement follows Megan Morrison, a beautiful young actress who auditions for the female lead in a summer blockbuster playing opposite Kyle West,…2017-03-03T13:59:58.000Z

Read More
TV
What time is the premiere of new TV show The Arrangement on TV tonight? What channel is it on?