Tonight’s episode of The Bachelor is only a one-hour show, but it will be followed up by the Women’s Tell All special. Last week, Nick Viall ended his date with Raven Gates in the fantasy suite and, on tonight’s show, we will see how the night went. Also tonight, Viall will have to narrow down the competition and one girl will be given the axe, leaving just two women in the mix. Now, just a warning for major Bachelor fans; if you are NOT interested in reading spoilers on tonight’s episode, STOP READING NOW.

With that out of the way, let’s get started with an official synopsis of tonight’s episode on ABC:

Raven and Nick have a very special romantic night in the fantasy suite with a dream-come-true ending. Nick and Rachel’s day begins with cross country skiing to a reindeer farm where they cozy up in front of a roaring fire, but will Rachel let her true feelings be known? Finally, Nick and Vanessa must deal with the aftermath of her contentious hometown date that didn’t go as smoothly as either would have liked. They have a lot of obstacles to overcome if they are to share a future together. All of the dates are filled with passion and excitement, as Nick continues to explore what his future might be like with each of these potential mates. But everyone is on edge – especially Nick – as he prepares to deliver a shocking elimination to someone he loves at the rose ceremony.

Read on for spoilers on tonight’s show below. 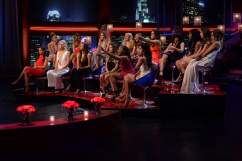 When Nick Viall goes on his overnight date with Rachel Lindsay, Lindsay confesses that she is scared to share her true feelings with Viall. Lindsay worries about getting hurt and Viall tells her that the best way to make it through is to “get out of your head.” Finally, Lindsay admits that she is “falling for” Viall and he actually reciprocates her feelings, saying that he is falling in love with her as well. ABC reports that:

Rachel realizes that she must tell Nick what is in her heart or it could be over between them. After snuggling before a fire in an intimate hut on a reindeer farm, they share their feelings about a deepening relationship and where it could possibly go. During a romantic dinner, Nick finally hears the words he has been waiting for from this woman.

We all know that Rachel Lindsay is the next star of The Bachelorette, so, in the end, she is not the woman who Nick Viall picks.

Vanessa Grimaldi has been having doubts after her hometown date. Her family brought some major red flags to her attention, in terms of a future with Nick Viall. Grimaldi now has to finally address these issues, asking Viall if he could ever see himself moving to Canada. It seems pretty clear that a life outside the United States is not in the cards. ABC previously reported:

Nick has another date with Vanessa, and the couple participate in a Finnish tradition. They plunge into a tub filled with icy water, followed by a spring to a nearby sauna. Shivering, they warm up in a hot tub as they being to talk through some of the hurdles they are facing in their relationship. The serious conversation continues at dinner, but many challenges are left unresolved. How will this uncertainty affect Vanessa accepting an invitation to the fantasy suite?

Do you think Nick Viall and Grimaldi have a bright future together?

And the Contestant Who Gets Eliminated Is …

The show will begin with the Raven/Nick aftermath, where we see her all giddy, skipping around Finland to happy music making snow angels, high fiving strangers, and petting dogs. Then we get to Rachel and Vanessa’s 1-on-1 date which I’ll have more on later in the week. By the end, for the first time all season, we’ll be caught up on rose ceremonies, so when the finale airs March 13th, we won’t have to begin with some leftovers from the previous episode. It’ll be just Raven vs Vanessa in the easiest finale matchup this show has ever seen.

As Nick Viall has to say “goodbye” to one of the three remaining women at the rose ceremony, he cries and says that it’s hard to let go of a very special person. 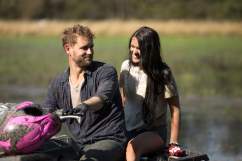 Read More
Reality TV, The Bachelor, TV
"The Bachelor" 2017 continues to heat up this week with Nick Viall and the elimination of Rachel Lindsay