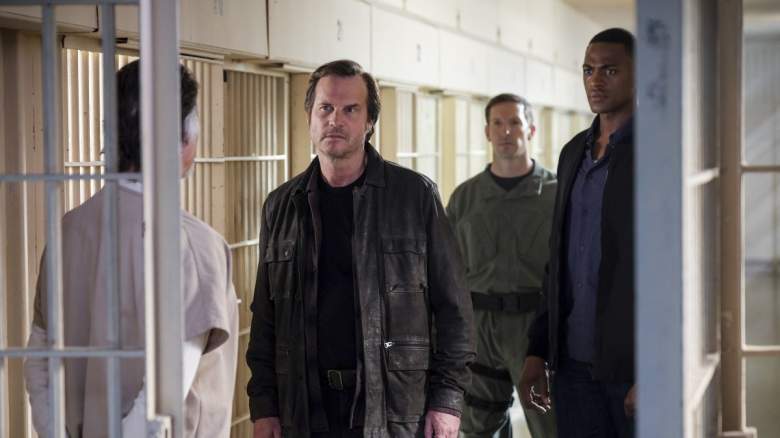 Training Day, the show actor Bill Paxton finished before his sudden death on Sunday, airs a new episode tonight that will include a tribute to the beloved star of Twister, Titanic, Aliens and Big Love. The new episode, titled “Wages of Fear,” begins at 10 p.m. ET on March 2, 2017 on CBS. Read on for a preview of the episode.

Training Day is based on the 2001 Antoine Fuqua film that won Denzel Washington a Best Actor Oscar. In the series, Paxton played veteran Detective Frank Rourke, who likes to play fast and loose with the law. Newcomer Justin Cornwell plays rookie Kyle Craig, who is based on the character Ethan Hawke played in the film.

Variety confirmed that a tribute is planned for this week’s episode of Training Day, which is titled “Wages of Sin.” It’s the fifth of 13 episodes of the show. CBS has yet to decide what to do about the show’s future without Paxton.

“He knew what it took to make a good film, and his infectious enthusiasm inspired us all,” Training Day series creator Will Beall wrote in an essay for Vulture. “Even as the most experienced in a young cast on Training Day, Bill embraced all of the actors as equals. Justin Cornwell, the young rookie cop, whom Bill’s character mentors as a young detective, was probably the prime recipient of Bill’s generosity. Bill became Justin’s real-life training officer — a veteran imparting wisdom and knowledge to a younger actor just getting started.”

Paxton died at age 61 on Sunday from complications of heart surgery. He finished filming all 13 episodes of Training Day‘s first season.

EPISODE DESCRIPTION: “Wages of Sin” – “Deputy Chief Lockhart opens an internal investigation into a past shooting which could cost Frank his badge and freedom, forcing Kyle to help Frank clear his name or risk losing the one man who could help him solve his father’s murder.”