Warner Bros. released a third trailer for Wonder Woman, the first movie about the Amazon Princess. The new trailer shows more of Diana’s powers and provides an introduction to her world for audiences unfamiliar with Themyscira. Gal Gadot herself unveiled the trailer and made an appearance during the Nickelodeon’s Kids Choice Awards.

In the trailer, we see Diana training with the other Amazons and learning of her true strength. She meets Steve Trevor, then is taken to London to help save the world during World War I.

This is the first new trailer since the one released in November, which helped mark the character’s 75th anniversary. Yes, despite having been around since 1941, no Wonder Woman film project has ever gotten off the ground.

Before the trailer, the studio released a new poster, showing Princess Diana kneeling with the word “WONDER” in all capital letters. You can see the new poster below.

Gal Gadot stars as Wonder Woman after making her first appearance in Batman v. Superman: Dawn of Justice. Writer Allen Heinberg (Grey’s Anatomy, The O.C.) and DC Chief Creative Officer Geoff Johns moved Wonder Woman’s story from World War II to World War I for the film, but the set up to Diana’s story is the same. American pilot Steve Trevor (Chris Pine) washes up on the shore of Themyscira. Diana falls in love with him and feels an urge to help the world of man during a time of crisis.

Patty Jenkins directed Wonder Woman. It’s her first film since she directed Charlize Theron to an Oscar in 2003’s Monster.

The character was created by William Moulton Marston and first appeared in All-Star Comics #8 in 1941. Over 75 years later, the film will hit theaters on June 2, 2017. It will be followed by Justice League on November 17, 2017. Of course, Gadot is also in Justice League as Wonder Woman.

The Cast of ‘Wonder Woman’ 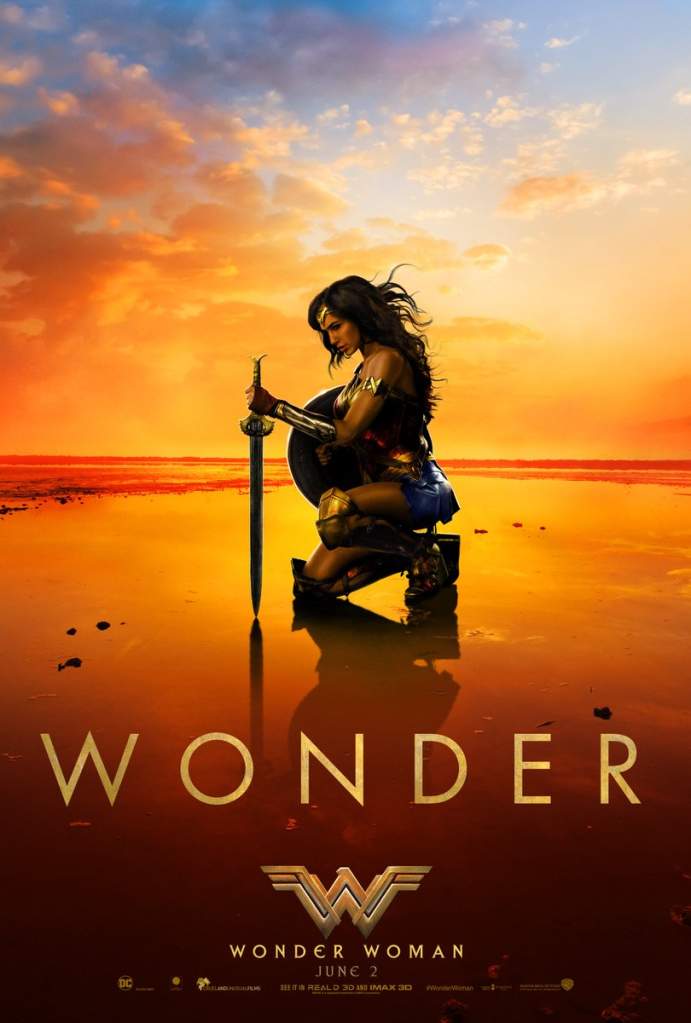