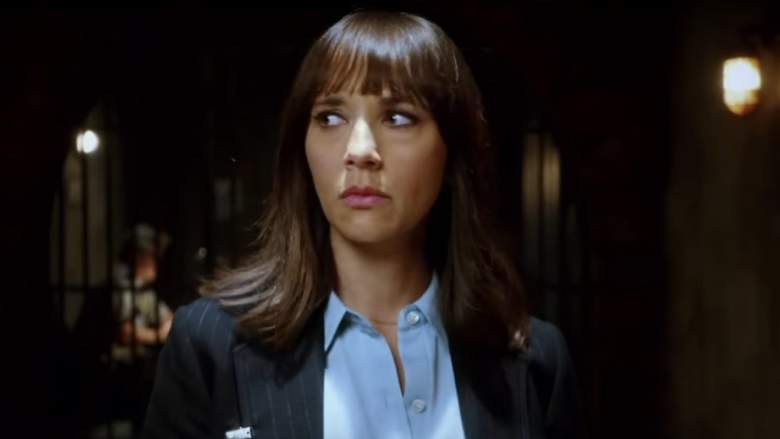 The hilarious Angie Tribeca returns for a third season on TBS tonight. Starring Rashida Jones in the title role, the series from Steve and Nancy Carell is set in Los Angeles and parodies the police procedurals that fill up so many TV network schedules. The season three premiere, “Welcome Back, Blotter,” airs on Monday, April 10 at 10:30 p.m. ET. Read on for a preview of the episode ad the trailer.

Jones plays Angie Tribeca, a 10-year veteran of the Los Angeles Police Department and a member of the Really Henious Crimes Unit. She used to run through partners on an hourly basis, but once she was matched with J. Geils (Hayes MacArthur), she finally found a partner that will last. She works for Lt. Chet Atkins (Jere Burns) and will occasionally work with DJ Tanner (Deon Cole). While she was in a coma, Geils dated the medical examiner, Dr. Scholls (Andree Vermeulen), and now they have to see each other at work every day!

In the season three premiere, Angie tries (again) to retire and take a breather, but the case of a trophy hunter going missing brings her back into the fold. The new season will also include cameos from Natalie Portman and Chris Pine.

CHANNEL: TBS (To find out what channel TBS is for you, click here to go to TVGuide.com and click “change” next to “Provider.”)

EPISODE DESCRIPTION: “Welcome Back, Blotter” – “Angie tries to retire, but she’s drawn back into the law-and-order business when a trophy hunter goes missing.”