Comedian Charlie Murphy has died at the age the age of 57 after a battle with leukemia.

Murphy, the brother of actor and comedian Eddie Murphy, gained fame in his own right as a writer and performer alongside Dave Chappelle on the Comedy Central’s Chappelle’s Show.

Some of his sketches, especially those about his encounters with celebrities like Prince and Rick James, featured catchphrases that became part of American culture, from “I’m Rick James, bitch,” to “Game, blouses.”

Here are some of his best sketches on Chappelle’s Show.

One of Charlie Murphy’s most popular sketches was one of his “True Hollywood Stories” about Prince from Season 2, Episode 5.

Murphy tells the story of the time he went to Prince’s house and played a late night game of basketball, shirts vs. blouses, against the late legendary musician. As Prince, played by Chappelle in the sketch, led his team to victory, he proclaimed, “Game, blouses.”

After Prince’s death last year, Murphy talked about the skit in an interview with The Undefeated, and said the story is all true.

Along with the Prince sketch, Murphy might best be remembered for his three-part “True Hollywood Stories” series on his interactions with musician Rick James.

“I’m Rick James, bitch,” is one of the most iconic lines from Chappelle’s Show.

Murphy stole the show in the “Playa Haters’ Ball” skit as Buc Nasty.

In “Kneehigh Park,” a take on “Sesame Street,” Murphy starred as Stinky the grouch. 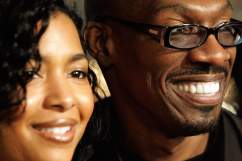