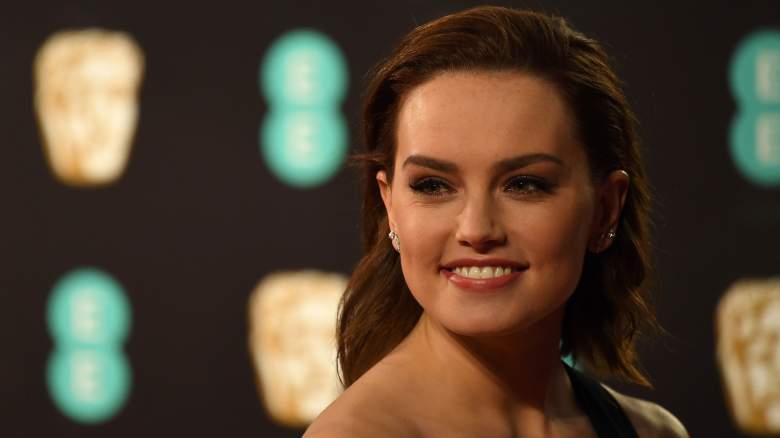 Daisy Ridley is the face of the new generation of Star Wars stars after debuting as Rey in The Force Awakens. The 25-year-old Ridley has been able to keep her private life out of the public eye in recent months, so it’s not clear if she’s dating right now. She previously dated actor Charlie Hamblett.

In August 2016, Ridley ditched Instagram, as The Nerdy Bird noticed. She was chased off after expressing her opinion in favor of stricter gun control measures. She also posted the message on Facebook as well before deleting it. Ridley does have a verified Facebook account, but she hasn’t used it since January 23, 2017.

Therefore, Ridley hasn’t been sharing photos of herself with her possible new boyfriend. On December 12, The Daily Mail published photos of Ridley holding a young man’s hand in New York. The man’s name was not reported and it doesn’t look like tabloids have gotten a hold of photos of the two together since.

In 2015 and 2016, Ridley dated British actor Charlie Hamblett. He only has a few credits to his name, but they include Babylon and 2016’s The Secret Agent with Toby Jones.

In February 2017, Gossip Cop debunked a tabloid rumor that Johnny Depp was pursuing Ridley. The two worked together on Kenneth Branagh’s remake of Murder on the Orient Express, which opens in November 2017.

In her Interview magazine interview with the late Carrie Fisher, the actress who played Princess Leia said she warned Ridley that dating will be tough after Star Wars.

“I also said it’s hard to date once you’re a big Star Wars star because you don’t want to give people the ability to say, ‘I had sex with Princess Leia,'” Fisher said.

Ridley told Fisher that someone once asked her if it was easier to date now that she’s a movie star. “I was like, ‘What the hell?'” Ridley recalled. “What a stupid question,” Fisher added.