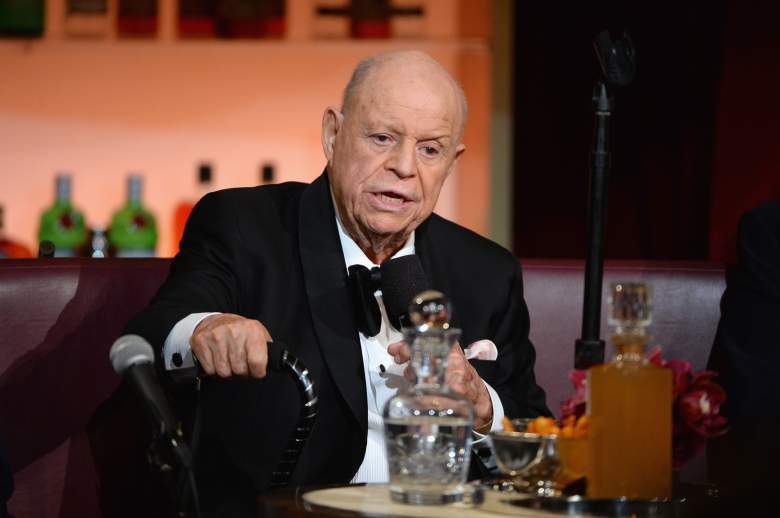 Don Rickles, the legendary insult comedian, died at age 90 on Thursday. His representative said that the cause of death was kidney failure.

Rickles’ rep said in a statement to CBS News that Rickles died at his home in Los Angeles. The comedian, who also starred in countless movies and television shows was set to turn 91 on May 8. Instead of flowers, the family asked that fans donate to the Larry Rickles Endowment Fund at Children’s Hospital in Los Angeles.

Don Rickles has died at the age of 90, per his rep pic.twitter.com/fYGGkkaSh5

The “Merchant of Venom” was scheduled to perform at the River Spirit Casino in Tulsa, Oklahoma, according to Tulsa World, on May 6, but the show was moved all the way to November 17, 2017. Despite these postponements, Rickles told closer Weekly on February 22 that he hoped to never slow down.

“At 90, I’m still going pretty damn good,” he told the magazine. “And it’s nice because I have no plans to slow down.”

Rickles is survived by his wife, Barbara Sklar, who he marred in 1965 at the age of 38. The couple had two children, Mindy Mann and Larry Rickles. Larry Rickles died after a battle with pneumonia in 2011 and was only 41 years old.

His last tweet turned out to be a celebration of his anniversary. On March 11, he wrote that he and his wife were celebrating their 52nd wedding anniversary together.

We are celebrating our 52nd Wedding Anniversary March 14th. Happy Anniversary my dear wife, Barbara. You are my life. ❤️❌⭕Pussycat
(Me)

Rickles was born on May 8, 1926 and won an Emmy for the 2007 TV Special Mr. Warmth: The Don Rickles Project. He gained fame for his guest appearances on The Tonight Show Starring Johnny Carson and The Late Show With David Letterman. His regular appearances on Dean Martin’s celebrity roast shows also made him a household name.

Without Frank Sinatra though, it’s possible Rickles would never be as famous as he is. As The New York Times notes, the story goes that Sinatra saw Rickles in Hollywood (or Miami, Rickles said) in 1957. Even though Rickles never met Ole’ Blue Eyes before, he told him, “Make yourself at home, Frank.” Then came the punchline – “Hit somebody.” Sinatra laughed hysterically and Rickles became a favorite of the Rat Pack. 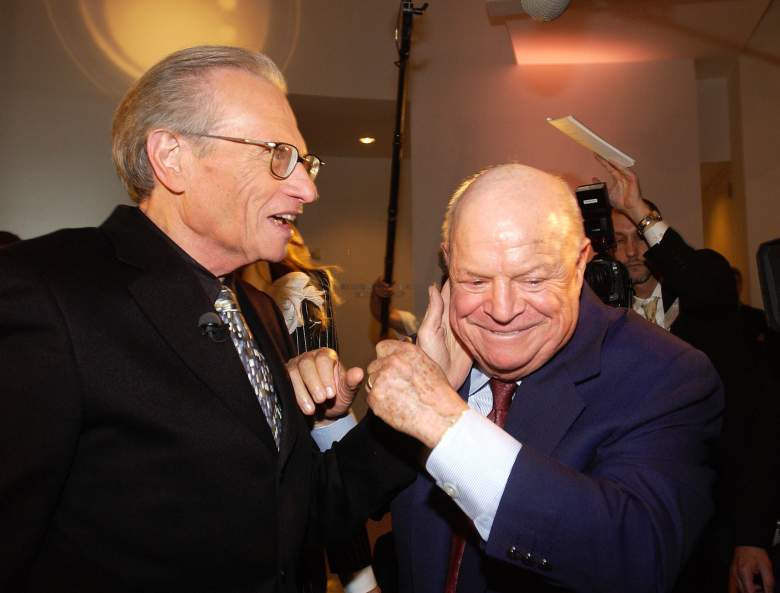 Although he was best known for comedy, Rickles also appeared in dramatic movies. In 1958, he made his film debut in the Burt Lancaster/Clark Gable submarine movie Run Silent Run Deep and starred in Martin Scorsese’s 1995 Las Vegas epic Casino. However, many children will remember him as the voice of Mr. Potato Head in the Disney/Pixar Toy Story movies. He was set to reprise the role in Toy Story 4.

Rickles’ other movie credits include Pajama Party, The Money Jungle, Dirty Work, Dennis The Menace Strikes Again and Zookeeper. On television, Rickles was a frequent late night guest and frequently made guest appearances on other shows, like The Dick Van Dyke Show, The Munsters, F Troop and The Wild Wilde West. In 1972, he had his own variety show, The Don Rickles Show, which lasted a season. In 2011, he also appeared in two episodes of Hot in Cleveland.

Rickles was also a World War II veteran and would frequently joke about his time in the Navy in his act, notes The Washington Post. He served on the USS Cyrene and was honorably discharged in 1946.

After Rickles returned from the war, he tried to become a serious actor, but that didn’t work out even after he graduated from the American Academy of Dramatic Arts. He decided to become a standup comedian instead, and he started throwing off-the-cuff insults at hecklers. These insults became a stable of his style, which he said was inspired by Jack E. Leonard.

In an interview with Comedy Couch’s Guy MacPherson, Rickles said he never liked to over-analyze his comedy.

Rickles was beloved by comedians. Jerry Seinfeld famously put Rickles on his Mount Rushmore of Comedy, alongside Richard Pryor, George Carlin and Bill Cosby. On Twitter, comedian Patton Oswalt wrote, “In lieu of flowers, Don Rickles’ family has requested that people drop their pants and fire a rocket.”

“As long as I can get on a stage and they’re laughing their fanny off, and they show up, and I’m well enough — even with the bad leg — I’ll keep working,” Rickles told the Washington Post in 2016. 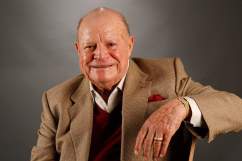