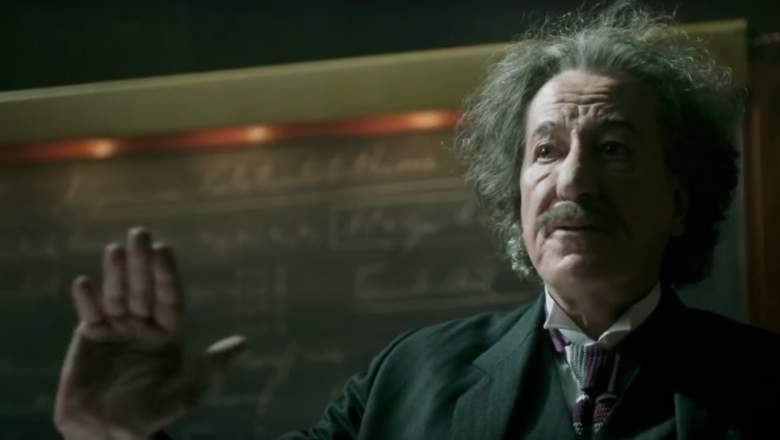 The long-awaited Albert Einstein series Genius will finally debut tonight on National Geographic. The 10-episode series, featuring Oscar winner Geoffrey Rush as Einstein, debuts on Tuesday, April 25 at 9 p.m. ET. Read on for a preview of the series.

Genius explores the personal side of Einstein and is based on Walter Isaacson’s Einstein, His Life and Universe. It jumps between Einstein’s later years and his time as a younger in a patent office in Bern, Switzerland. The love story of Einstein and his second wife, Elsa Lowenthal, is also featured in the show.

“The story’s very sexy, I mean Einstein was promiscuous,” actor Seth Gabel, who plays Einstein’s friend Michele Besso, told TV Guide. “He was a man who could not be tied down to one woman and he was very honest about that.”

On April 19, Nat Geo renewed Genius for a second season. The subject for season two will be announced during the season finale of the first season.

CHANNEL: National Geographic (To find out which channel NatGeo is for you, click here to go to TVGuide.com. Then, change “Provider” to your cable/satellite provider.)

EPISODE DESCRIPTION: “Chapter One” – “The story of Albert Einstein, starting with flashbacks of his student years in Münich and Zurich in the 1890’s.”