In recent months, Harry Styles has been making major strides as a solo artist, apart from band One Direction. In fact, his debut album, which is self-titled, is set to be released May 12, 2017. Styles has chopped off his locks and tonight he is the musical guest on Saturday Night Live, opposite host Jimmy Fallon. If that wasn’t enough, Styles will make his big screen acting debut in the war movie Dunkirk, which is out July 21, 2017‎.

So, is Styles focusing more on his career than his love life? It would appear that the answer is “yes.”

I haven’t dated in a long time really because I went away to do the movie then did the album so I haven’t in a while. I have a couple of candles left still though.

Styles then went on to talk about his best and worst qualities in a relationship, saying:

I think I snore and also I quite like routine so I don’t know if I’m incredibly spontaneous. Best trait I don’t know, it’s weird to pick your best, shall we go with the nipples.

In the past, Styles has been romantically linked to stars including Kendall Jenner and Taylor Swift. In fact, some of Swift’s songs have been rumored to be written about Styles. Lately, however, the rumors have been flipped. With Styles releasing a debut solo album Sky News reports that there is speculation his new song “Ever Since New York” is about Taylor Swift. The track has not yet been released.

Ever since New York is about Taylor!! 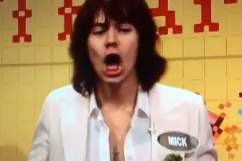