Fans of Grey’s Anatomy will be happy to know that their favorite ABC medical drama will be back tonight for an all-new episode.

Last week, ABC took a quick break from the show and aired a rerun of Scandal. From now on, however, there won’t be any more breaks in the season. That’s right. From now on, ABC will air all season 13 episodes in successive weeks, so you won’t be forced to miss any Meredith-Riggs drama (or all the other drama we could name) again until the show breaks for season 14 (which has already been renewed!)

Tonight’s episode is titled “Don’t Stop Me Now”, and the synopsis reads: “Bailey and April work to fix things between Richard and Catherine. Meanwhile, Eliza continues to pursue Arizona; and one of Alex’s previous patients returns to the hospital.”

Last week, Netflix Life announced that this season 13 of Grey’s will be available on Netflix starting Saturday, June 17. While ABC has yet to announce the season finale date for Grey’s, the season looks like it’s shaping up to end on Thursday, May 18. The first 12 seasons of Grey’s are streaming now on Netflix if you want to check them out.

When we left off, Nathan and Meredith traveled to a convention center, and their plane hit a bit of rough air. Well, a lot of rough air. Patients were in danger, but the doctors were able to save the day. In the middle of all the chaos, though, Nathan successfully persuaded Meredith to give their relationship a go… only for Maggie to later find out about the impending romance.

Tonight, all the drama is going to come to a head when Maggie confronts Nathan and Meredith. Be sure to check out the all-new episode tonight at 8pm ET/PT on ABC. 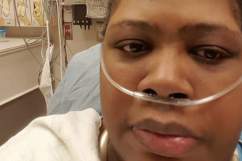 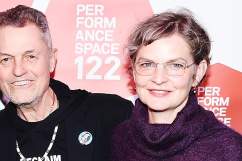 Read More
ABC, Grey's Anatomy, TV
Our favorite doctors weren't on for a new episode last week, but is there a new Grey's Anatomy on ABC tonight? Get the details here.