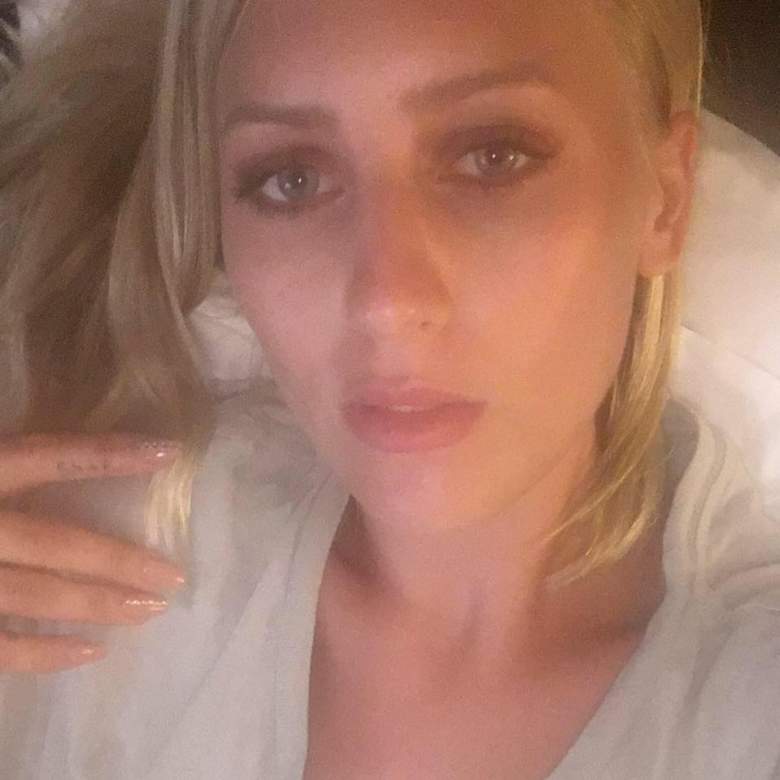 Lorraine Gilles is the nanny at the center of Mel B’s divorce battle with husband Stephen Belefonte. (Facebook)

In a set of court documents singer Mel B filed in Los Angeles this week, she claimed that her estranged husband Stephen Belafonte impregnated nanny Lorraine Gilles and had her get an abortion. She claims that Belafonte then paid her $300,000 for “nanny services” before Gilles was fired in 2015. On April 7, Mel B’s lawyers also claimed that Gilles and Belafonte are still working together in an extortion scheme.

The allegations against Belafonte surfaced in a court declaration filed by Mel B, whose real name is Melanie Janine Brown, in Los Angeles. Brown married Belafonte in June 2007 and they separated in December 2016. They have a daughter together, Madison, and she has two older children from previous relationships.

TMZ reported that Brown’s lawyers succeeded in getting her a restraining order against Blafonte, who has been ordered to leave their home and to stay away from her children. The declaration includes shocking claims about trying to get Brown to participate in three-ways with other women and threats to release sex tapes.

One of these allegations focuses on a relationship with Gilles, who was seen in several photos on Brown and Belafonte’s Instagram accounts in 2014. The Daily Mail also published photos of Brown and Gilles together in Ibiza in July 2016.

“He [Stephen] has admitted to me that our former nanny, Lorraine Gilles, maintains possession and control over the media such that I could never have anyone locate the tapes so as to obtain and destroy the same,” Brown’s lawyers claimed in new documents. She believes that the sex tapes are in a storage locker under Gilles’ name and that Gilles and Belafonte “are acting in concert to deprive me of my personal belongings by either destroying or disseminating said belongings.”

Here’s what you need to know about Gilles and the allegations in Brown’s court documents.

1. Mel B Claims Belafonte Got Gilles Pregnant & Made Her Get an Abortion

According to the documents, Brown claims that Gilles told her personally that she was pregnant in April to May 2014. At first, Belafonte wanted Gilles to have the baby, Brown claims.

“I was shocked and in disbelief,” Brown claims. “[Belafonte] later demanded that Lorraine have an abortion.”

After this incident, Lorraine traveled with Brown to the U.K. while she was a judge on The X-Factor. “By this time, there was no pretense that Lorraine was anything but an agent for [Belafonte] and that she [was] there to keep tabs on me for [Belafonte].” 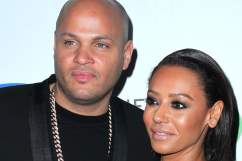 2. Belafonte Had Gilles Take Mel B’s Children to Germany Without Her Permission, Mel B Claims

In December 2014, while still in the U.K., Brown claims in the documents that she took an entire bottle of Asprin as Belafonte’s “abuse, coupled with the mind-games became overwhelming.”

She tried to call emergency services, but Belafonte blocked her from making the call, the documents note. Later, a friend tried to help Brown, but Belafonte blocked the man from coming in, according to the documents. She was finally taken to the hospital when her driver saw her injuries and refused to take her to work, she claims. She was then in the hospital for two days and she had security keep Belafonte from seeing her.

Brown said in the court documents that there was a warrant issued for her husband’s arrest, but he and Gilles flew to Los Angeles with daughter Madison before he could be arrested. She adds that Belafonte and Gilles used “my money to purchase first class air travel from London to Los Angeles without any advance notice.”

In January 2015, Brown says she “finally worked up the courage to fire” Gilles. When she did so, Belafonte went “ballistic,” according to the documents. Brown claims he “screamed and yelled at me for some three straight hours” and told her that Gilles was better at raising her children than she was.

Belafonte called Gilles his “ride or die bitch” because she was the only woman who “completely had his back,” according to Brown. When he calmed down, he told Brown to call her back and re-hire her and “give her a raise.”

“He then threatened, ‘You do realize that Lorraine could be a witness against you and give a story to the press and tell child services. Your career will be ruined,'” the document reads. “This was just another threat in a long line of threads made by [Belafonte].”

Brown “conceded” to the demands and re-hired Gilles, which made her feel “empowered,” Brown claims. Gilles was finally fired for good in September 2016.

In a section on how Belafonte used her income, Brown claims that he paid Gilles “in excess of $300,000 over a three-year period of time for alleged ‘nanny services.'”

4. Gilles Is Originally From Germany & Is 26 Years Old

According to her Facebook page, Gilles is originally from Ascheberg, Germany. She is 26 years old.

Gilles also had an Instagram page with the username “lorraineg90,” but this no longer exists. While she was employed by Brown and Belafonte, she was frequently seen with the famous couple. Brown even wished her a happy birthday and tagged her.

Another photo on Instagram shows Brown with Gilles at dinner with her children and hairstylist Randy Stodghill.

Today, Gilles is married to Michael Blau, a businessman. They married in August 2016. The Daily Mail reports that he runs the “Events Locker” business referred to in Brown’s complaint. She claims that Belafonte paid the company $60,000 without her knowledge.

In an interview with the Daily Mail, Gilles’ sister, Jacquelyn Baartz, says that Mel B’s claims that Gilles had a sexual relationship with Belafonte aren’t true.

“My sister and I are very, very close and I would have known about this, believe me,” Baartz, who still lives in Germany, told the Daily Mail. “I don’t know where this is coming from. She worked for the family for seven years and had nothing but positive experiences. She really loved those kids as if they were her own, so she stayed on much longer than she originally planned to.”

Baartz told the Daily Mail that she was surprised to hear about “this side of Mel and Belafonte’s relationship,” adding that she never saw it. “I am sure my sister would have told me if there had been fights like have been alleged. But she never did.”

Baartz explained to the site that her sister went to Los Angeles in 2007 and “fell into” becoming a nanny. She created a Harri profile, which still exists, to find part-time work in Hollywood. That’s how Brown and Belafonte found her.

Belafonte sent a response to The Daily Mail about the allegations in the documents, which he also denies. The statement reads:

I haven’t heard these allegations. You know what my comment on this is, as this is the mother of my children? I’m really really distraught my brain how this is going to affect our children. and the depths that she’s gone to. That’s it. I’m shocked at those allegations and that’s what it is. I think someone’s set me up to look like a bad guy. Obviously you saw my house got raided and nobody found anything. It’s accusation after accusation. But we’ll have our day in court. And we have children. if anyone knows our children, we have beautiful children. They’re on social media. Why do this? We were friends two weeks ago. And now all of a sudden the team gets around and now it’s got to be this.