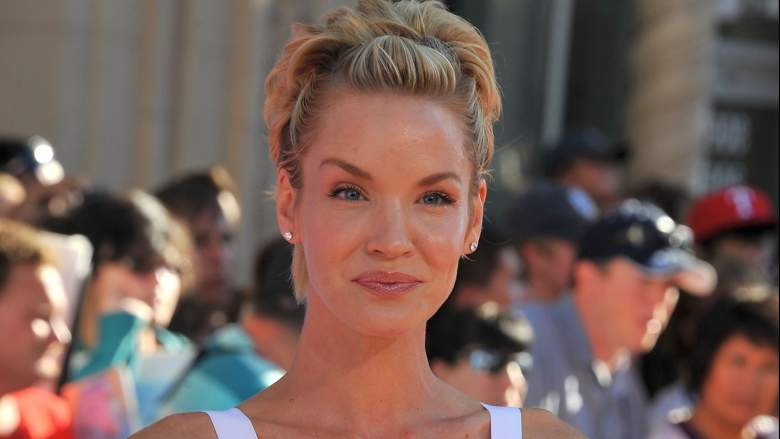 This week’s new Lifetime original movie proves that checking out a person’s background before hiring them is never a bad idea. In Manny Dearest, Ashley Scott stars as a single mother who hires a male nanny, only to later learn that he has murder on the brain. The new film debuts at 8 p.m. ET on Saturday, April 29. Read on for a preview of the movie.

Previously titled Stranger With My Kids, Manny Dearest is about single mom Karen Clark, who needs help taking care of her two young sons. Karen decides to hire a male nanny named Alex. She doesn’t know that Alex wants a family of his own, no matter what the cost. Alex is ready to murder anyone who stands in his way. (Clearly, starting a family by normal means never occurred to him.)

This is the second new Lifetime movie of April 2017 to feature Ashley Scott as a single mother tormented by a man. The UnREAL actress previously starred in Fatal Defense, in which she played a single mom whose self-defense instructor becomes her stalker.

Mitch Ryan, who appeared on One Tree Hill as Alexander Coyne, plays the villain of Manny Dearest.

Director Chad Krowchuk is better known as an actor, playing the minor role Glen Woodburn in both Man of Steel and Batman v. Superman: Dawn of Justice. He also appeared in Wayward Pines and Gracepoint. He previously directed 2016’s Undercover Wife, which also aired on Lifetime.

The screenplay was written by Bryan Dick, whose previous credits include The Perfect Stalker, Sorority Murder and Patient Killer.

PLOT: “Single mom Karen hires Alex, a ‘manny’ to help with her two young sons, never suspecting Alex has other plans and wants her family as his own, even if he has to murder to achieve his goal.”

Read More
Lifetime, TV
Ahsley Scott stars in the new Lifetime movie, about a mother who hires a manny with murder on his mind to take care of her kids. Find out when the movie debuts.