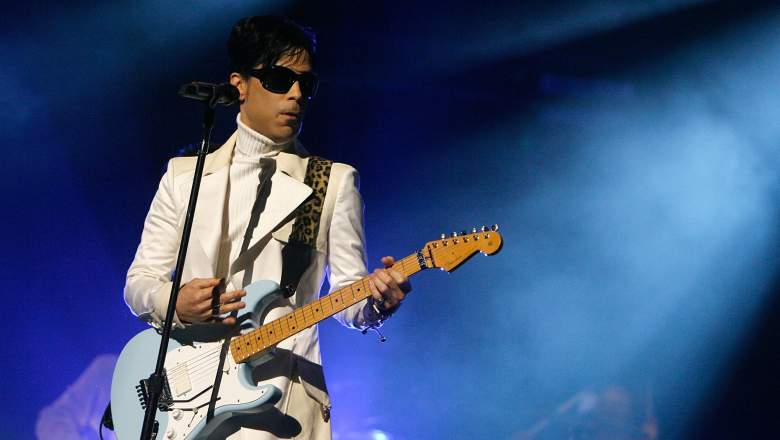 Prince in 2007. (Photo by Kevin Winter/Getty Images for NCLR)

A year ago today, Prince died at age 57, leaving the music community and his fans in shock. His absence is still felt, leading celebrities and fans to rush to Twitter to pay tribute to the “Purple Rain” icon. Many are using the hashtag #RIPPrince, which is trending on the social network worldwide.

It was later confirmed by the Midwest Medical Examiner’s Office in Anoka County, Minnesota on June 2, 2016 that Prince died of an accidental fentanyl opioid overdose. After his death, Prince was cremated, with the ashes placed inside an elaborate urn designed to look like his Paisley Park home. Fan can now tour Prince’s home, with tickets costing between $38.50 and $100.

In a new interview with Katie Couric, drummer and Prince collaborator Sheila E. said she had no idea that her friend battled addiction. “The thing about Prince is that he [was] a person that was always in control. Why would he do something that would jeopardize his life? It doesn’t make sense to me,” she said.

When asked what she missed about Prince, Sheila E. said, “We talked about life a lot. We talked about ‘What are we going to do in 10 years?’ or where the world’s going to be.”

Considering Prince’s stature in the music industry, it’s no surprise that no one has forgotten his work. Here are some of the celebrity tributes already pouring in. This post will continue to be updated as more tributes from Twitter and Instargram come in.

"We are gathered here today
To get through this thing called life…"#RIPPrince #Prince pic.twitter.com/SR36sU6oFs

Usher wrote that he couldn’t believe it’s been a year since Prince’s death:

#RIPPrince thanks for the inspiration to create and express myself without a worry in the world ☔️ you invented the vibe pic.twitter.com/j7BpjYqXZv

It's been a year since we lost the greatest performer and person to ever live. #RIPPrince pic.twitter.com/xXZZB5HY2B

1 year today. Me and @DJHeidi paid tribute to the true legend and inspiration at @SpaceIbiza. RIP Prince. pic.twitter.com/YeAtte4KGt

The Minneapolis Institute of Art was lit purple in Prince’s honor.

??? In honor of the artist we lost one year ago. #ripprince #prince #mpls #onlyinmn #minneapolis #princeday

BET has asked followers to share their memories of Prince with the hashtag #BETREmembersPrince.

It's been one year since we lost #Prince. Join BET as we honor The Purple One by sharing your favorite memories using the hashtag #BETRemembersPrince! ☔️ #RIPPrince

Remembering Prince, who passed away one year ago today. #RIPPrince pic.twitter.com/7sQghFgBRP

The CBS This Morning team:

One year ago today, the world lost Prince. #RIPPrince ? pic.twitter.com/cw0OaK42lG

Anil Dash wants to know when the Minneapolis-St. Paul Airport will be renamed “Prince Airpoer.”

There's nothing stopping us from calling MSP "Prince Airport" even if they haven't renamed it yet, you know. Right @mspairport? #RIPPrince

Last night, Minneapolis went purple to honor the Purple One:

A year ago today, we lost one of the most influential artists of our time. #RIPPrince pic.twitter.com/WTzP9u0bN8

Purple rain, purple rain
I only wanted to see you
Underneath the purple rain. #RIPPrince pic.twitter.com/FjMxTkkMG7

On this day last year, the world lost a legend. #RIPPrince pic.twitter.com/yuqDOYYiFA