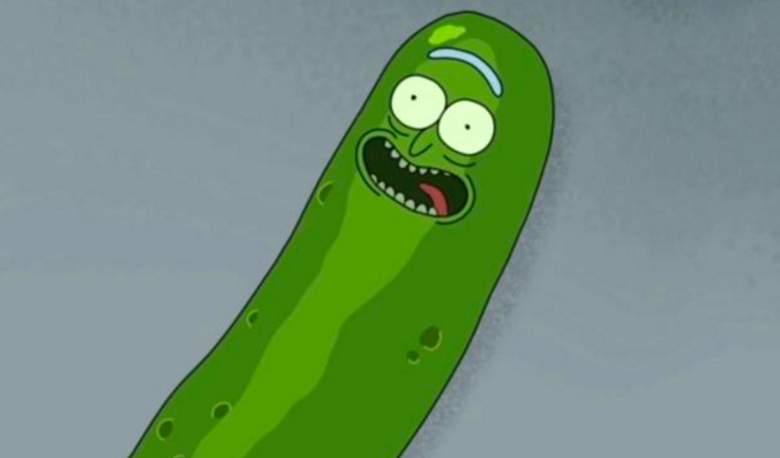 The premiere of Season 3 isn’t the only interesting Rick and Morty video related to Season 3 that’s been leaked or released since Season 2. In fact, quite a few videos have given us glimpses into the upcoming season or, at the very least, provided fans with something interesting to watch while they waited for Season 3. But there are some elements from the premiere that seemed at odds with other videos previously released, especially Pickle Rick.

You can watch the Rick and Morty premiere, as long as the mirrored videos work, in the story here.

Pickle Rick vs. The Premiere

Before the premiere, fans thought they were going to see a very different Rick story. In fact, he was supposed to break out of jail in a completely different way. This Season 3 leak, showing a rough sketch of Pickle Rick’s adventures, was aired during Comic-Con in San Diego. So fans were expecting something very different from what was seen on April 1.

This video was aired during the 2016 San Diego Comic-Con. It showed Rick escaping from the maximum security prison by essentially turning himself into a pickle with weird bug arms, then fighting a rat. It doesn’t fit at all with the premiere that we saw on April Fool’s. However, at a Comic-Con panel, producers explained why that scene would ultimately not be the way Rick was going to escape:

In the panel, we’re basically told that “Pickle Rick” was an idea that was jotted down before leaving and then other people ran with it. So, perhaps, they weren’t supposed to run with “Pickle Rick” and it was never meant to really be the way that he escaped the alien prison.

Other fans, however, have a different theory. They are wondering if Rick is still going to escape as a pickle and the escape we saw on April Fool’s was in a parallel universe.

There’s some credence to that theory, considering how much attention Rick and Morty has been giving to the whole pickle thing. In fact, earlier on April Fool’s they brought “Pickle Rick” up again on the Facebook page:

Meanwhile, we’ve seen some other sneak peeks for Season 3 that weren’t in the premiere, like this one:

Rick & Morty | A look at Rick Sanchez exciting life in Galactic Federation Lockup► Support animations like this and more on patreon: https://www.patreon.com/tiarawhyoutube #freerick We dive behind the bars to see what Rick Sanchez is up to these days after finally being put away by the glorious Galactic Federation! http://fedconnect.galacticfederation.com/ This is a FAN animation! ►Rick and Morty voices by Justin Roiland ► Animation/backgrounds/rigs/art By me ► Sound…2017-04-01T20:55:45.000Z

And here are some additional videos released between Season 2 and Season 3. They’re labeled as non-canonical, but they’re still pretty fun. First up, a development meeting and Season 3 sneak peek:

Next, a series of non-canonical adventures released between Season 2 and Season 3:

And finally, an 8-bit intro:

And last but not least, “Ten Tuesdays at Tinkles,” a game from another dimension:

So what do you think? Is Pickle Rick still endgame? Is the Season 3 premiere a big April Fool’s joke from a parallel dimension? Let us know your predictions and theories in the comments below. 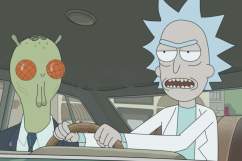 Read More
Adult Swim, Rick and Morty, Television, TV
Rick and Morty Season 3 Episode 1 aired, but there are other Season 3 leaks and videos you can watch here. Bonus: See theories about how Pickle Rick ties in.