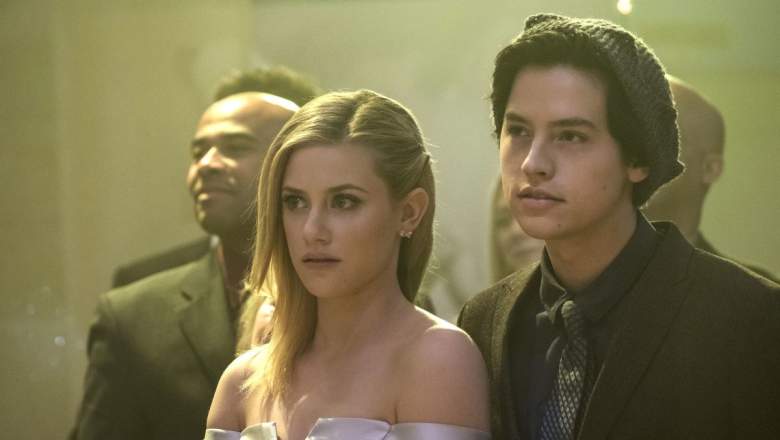 Betty and Jughead in “To Riverdale And Back Again.” (Katie Yu/The CW)

Following a brief one-week break, The CW’s Riverdale is back with a new episode. “Chapter Eleven: To Riverdale And Back Again,” debuts on Thursday, April 27 at 9 p.m. ET. Read on for a preview and to check out the trailer.

In “Chapter Ten: The Lost Weekend,” things didn’t go well for Betty, who tried to host a birthday party for Jughead. Her boyfriend never wanted one and it was easy to see why. It became a night filled with underage drinking, even though Jughead’s dad FP Jones (Skeet Ulrich) was there. Jughead also tried to defend Betty when Chuck Clayton (Jordan Holloway) showed up with Cheryl. At the every end, Archie’s mom Mary (Molly Ringwald) showed up, as Archie has tried to get his dad Fred to stop his parents’ divorce.

In “To Riverdale And Back Again,” Mary tries to convince Archie that living in Riverdale is a bad idea and she should move off to Chicago. But his friend Betty is having a hard time planning another event – Homecoming. It’s the first homecoming since Jason Blossom’s murder, which Betty is also investigating. Betty hopes her mother Alice will help out, but she goes off to Archie, since Achiekins is always so ready to help out. Jughead is also skeptical about his father’s latest attempts to become a good person.

While we won’t find out who Jason’s killer is tonight, we’re getting really closer to the answer. Showrunner Roberto Aguirre-Sacasa told Entertainment Weekly that we’ll find out the answer in next week’s episode. The episode will also feature the long-awaited moment when Jughead finally eats a hamburger. (Longtime Archie fans will know why that’s a big deal.) 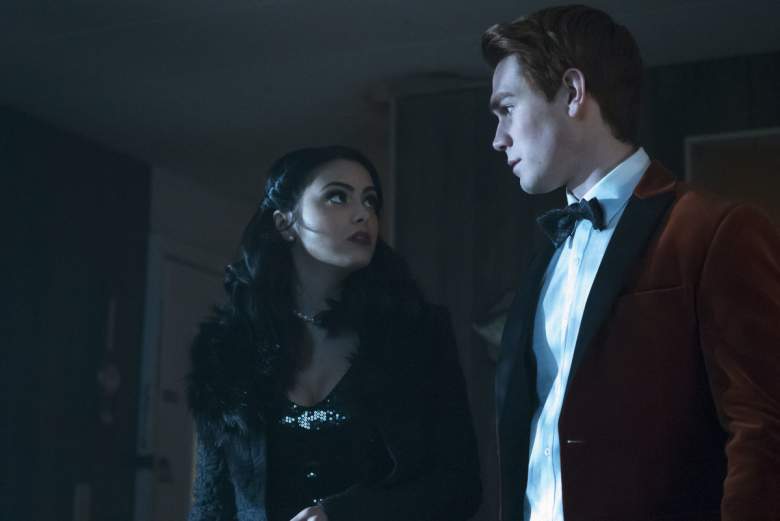 Archie and Veronica have a steamy moment in “To Riverdale and Back Again.” (Photo: Katie Yu/The CW )

“There’s a huge twist ending that sets up the second season,” Aguirre-Sacasa explained to EW. “One of our main character’s life hangs in the balance.

Unlike the other episodes of the season, “To Riverdale And Back Again” isn’t actually a movie title. It’s likely a reference to the phrase “To Hell And Back,” which has been used for movie titles. Most notably, To Hell And Back is the title of the 1955 war movie about World War II soldier Audie Murphy, who played himself in the film.

EPISODE DESCRIPTION: “Chapter Eleven: To Riverdale And Back Again” – “Betty (Lili Reinhart) is slammed overseeing Homecoming and Reunion weekend, but Alice (Madchen Amick) wants her to help with the Jason Blossom investigation. Alice turns to Archie (KJ Apa) and Veronica (Camila Mendes) for help, but when Betty discovers they are working with her mom, she is not happy. After seeing his father FP (guest star Skeet Ulrich) start to clean up his act, Jughead (Cole Sprouse) wonders if it’s the right time to give him another chance. Cheryl (Madelaine Petsch) and Polly (guest star Tiera Skovbye) have both decided to go to Homecoming in Jason’s honor, until a revelation waylays their plans. Meanwhile, Fred (Luke Perry) and Mary (guest star Molly Ringwald) attend the Homecoming dance, leaving Fred to possibly reconsider the divorce. Ashleigh Murray and Marisol Nichols also star. Kevin Sullivan directed the episode written by Roberto Aguirre-Sacasa.” 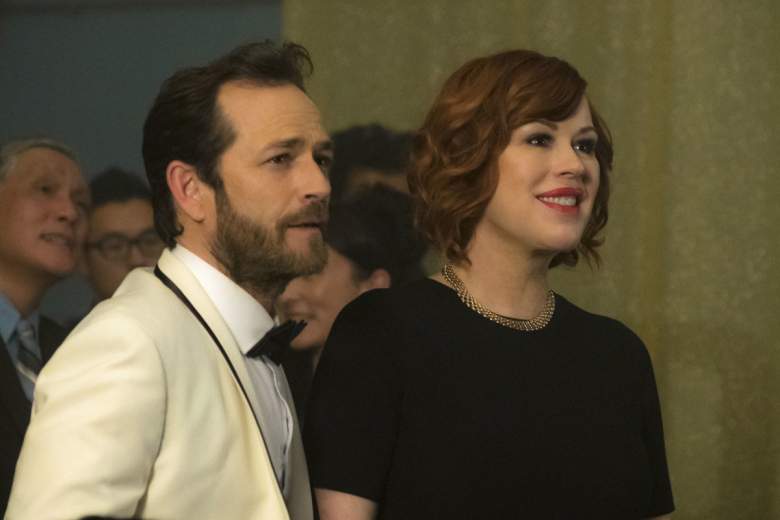 Molly Ringwald guest-stars in “To Riverdale And Back Again.” (Photo: Katie Yu/The CW)

‘Riverdale’: Meet the Cast of the New Archie Comics Series

Read More
Riverdale, The CW, TV
After a brief break, Riverdale is back again with the last slate of episodes before season one ends. Find out what happens in "To Riverdale And Back Again."