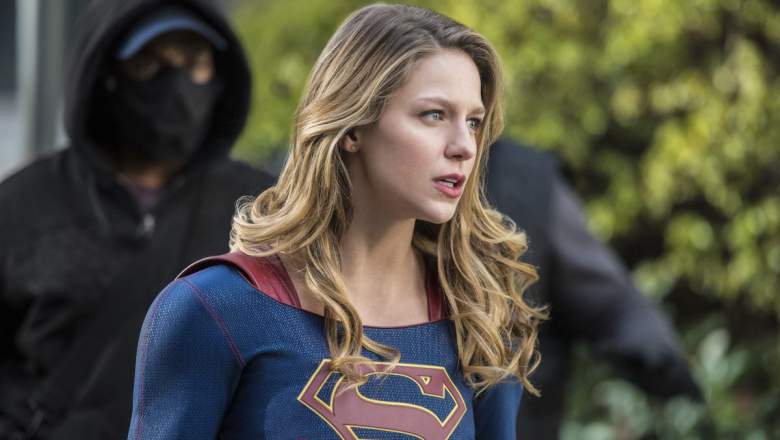 The CW has decided to put Supergirl on a three-week break before airing the final set of season two episodes. Therefore, the network is running a repeat of “Mr. & Mrs. Mxyzptlk,” which first aired on February 20, instead of a new episode. The next new episode, “Ace Reporter,” doesn’t air until Monday, April 24 at 8 p.m. ET. Read on for a preview and to check out the trailer.

The previous episode of Supergirl was “Distant Sun,” which was directed by Kevin Smith. In that episode, Supergirl, J’onn and Winn finally wrestled Mon-El from leaving Earth with his parents, the King and Queen of Daxam.

Mon-El’s father Lar Gand (Kevin Sorbo) bought in to his son’s new sunny outlook, believing that his son should be able to chose his destiny. But Mon-El’s mother, Rhea (Teri Hatcher) thought otherwise and killed her husband! It doesn’t look like Kara and Mon-El are done with his mother yet.

Before that storyline continues though, “Ace Reporter” brings back Katie McGrath as Lena Luthor. That’s because Rahul Kohli (iZombie) shows up as Jack Spheer, Lena’s ex-boyfriend.

In the series, Jack shows up in National City to show off an invention that could help end major illnesses around the world. In the comics, he becomes Biomax after he was mutated by his invention. The character debuted in 2002’s Power Company #6.

“I’m so excited to be working on Supergirl starring as Jack Spheer,” Kohli said in a statement. “It’s given me the chance to continue my relationship with The CW as well as fulfill my goal of meeting a Kryptonian.”

Since Episode 18 is called “Ace Reporter,” it’s no surprise that the episode will have Kara going back to being a journalist after she was fired at Catco.

“That’s actually been very important to us, especially in the times we now find ourselves living in; we’re one of the few shows on television that actually has a journalist as a lead character,” executive producer Andrew Kreisberg told Entertainment Weekly in February. “In [episode 15], in addition to being a big Alex-Jeremiah story, also has a healthy dose of Kara as a reporter, and especially episode 18, we really get a chance to talk about the importance of journalism, and the importance of journalism ethics, and how important [it is to have] the objective truth be out there now.”