'The Confident Mothers of Teen Mom OG' | Real Housewives Parody | MTVThe girls of Teen Mom OG have had many struggles throughout their life, but now they’re ready to break free and radiate nothing but confidence! Don’t miss new episodes of #TeenMomOG Mondays at 9/8c. #MTV #TeenMomOG Subscribe to MTV: http://goo.gl/NThuhC In 16 and Pregnant, they were moms-to-be. Now, follow Farrah, Maci, Amber, and Catelynn as they face the challenges of motherhood. Each episode interweaves these stories revealing the wide variety of challenges young mothers can face: marriage, relationships, family support, adoption, finances, graduating high school, starting college, getting a job, and the daunting and exciting step of moving out to create their own families. More from MTV: Official MTV Website: http://www.mtv.com/ Like MTV: https://www.facebook.com/MTV Follow MTV: https://twitter.com/MTV MTV Google+: http://goo.gl/OGY79b MTV on Tumblr: http://mtv.tumblr.com/ MTV Instagram: http://instagram.com/mtv MTV on Pinterest: http://www.pinterest.com/mtv/ #MTV is your destination for the hit series Wild 'N Out, Are You the One?, Scream, Teen Wolf, Teen Mom and much more!2017-04-17T18:50:48.000Z

Tonight is the season 7 premiere of Teen Mom OG and your favorite girls have returned for another round of episodes. Farrah Abraham, Maci McKinney, Amber Portwood, and Catelynn Baltierra are all on board, as are their loved ones. As usual, Tyler Baltierra might as well be an official Teen Mom since he’s so beloved and is sometimes on the show more than some of the women. Get the rundown on Tyler, Farrah, Maci, Amber and Catelynn, along with details on the new season, what time the show airs and what channel to watch.

SEASON 6B PREMIERE (EPISODE 16) SYNOPSIS: Maci and Ryan try to coordinate trick-or-treating with Bentley; Amber gets excited about her new business venture, but Gary lets her down when he does not let Leah stay with her on a school night.

EPISODE 17 SYNOPSIS: Tyler feels less optimistic than usual with his father once again released from prison; Farrah and Simon consider the status of their relationship; Maci throws Bentley a birthday party. 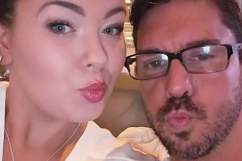 How Many Kids Does Amber Portwood’s Fiance Matt Baier Have? 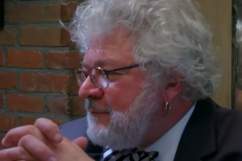 Read More
Reality TV, Teen Mom OG, TV
The season 7 premiere of Teen Mom OG is tonight and the cast is back. Get the details on what time it airs, what TV channel to watch and more.