The Fate of the Furious is finally here and fans want to know why Dominic Toretto has turned on his family. They also want to hear about all the one-liners and best quotes from the new film. Below, check out all the best movie lines from the film. The quotes are then followed by major spoilers on who dies, why Toretto goes rogue and more. You have been warned …

You make a deal, you gotta live up to it. – Dom

You know it doesn’t matter what’s under the hood. The only thing that matters is who’s behind the wheel. – Dom

Be fast. Be safe. But don’t be last. – Racing girl

I choose to make my own fate. – Dom

I gave you your shot. You shit the bed. – Mr. Nobody

You have a big mouth on a small head. – Deckard Shaw

Brian would know what to do. – Tej

Everything is a choice. – Cipher

The problem with putting your foot on a tiger’s neck is you can never let it up. – Dom

Rule number 2. You never lose everything. – Mr. Nobody

You thought this was gonna be a street fight? – Dom

I tried to take a piss. I didn’t even recognize myself. – Roman

Okay, now let’s get into all the major spoilers of the movie, starting with the cast. If you DO NOT want to know what happens in FF8, STOP READING NOW.

Now let’s get into why Dom goes rogue, who dies, and the major twists.

– The reason that Dom goes rogue is that villain Cipher has his baby son and the mother of his child. Apparently, Elena was pregnant and found out she was going to have their baby when Letty came back in the picture. She was going to tell Dom about their child when his honeymoon with Letty had ended. Unfortunately, Cipher captured them before she had the chance. Unless Dom works for Cipher, his son and Elena will be killed.

– Unfortunately, when Dom spares Letty’s life, this angers Cipher. As a result, Cipher kills Elena in front of Dom.

– When Dom shoots Deck Shaw, it appears that he is dead. Fortunately, this is all a part of a major game plan and Shaw is alive.

– At the end of the movie, when Dom is reunited with his son, he tells his friends that he’s naming him Brian. This is a tribute to the late Paul Walker’s character Brian.

– Luke Hobbs decides to hang up his badge and gun at the end in order to spend more time with his daughter.

– Cipher gets away at the end, so there’s definitely room for her to be in a future film. The ninth installment of the movie series is currently in the works. 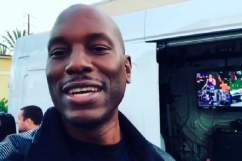 Read More
Fast and the Furious, Movies
The 8th "fast" installment, "The Fate of the Furious" is here. Check out the major spoilers, cast details and best quotes from the movie.