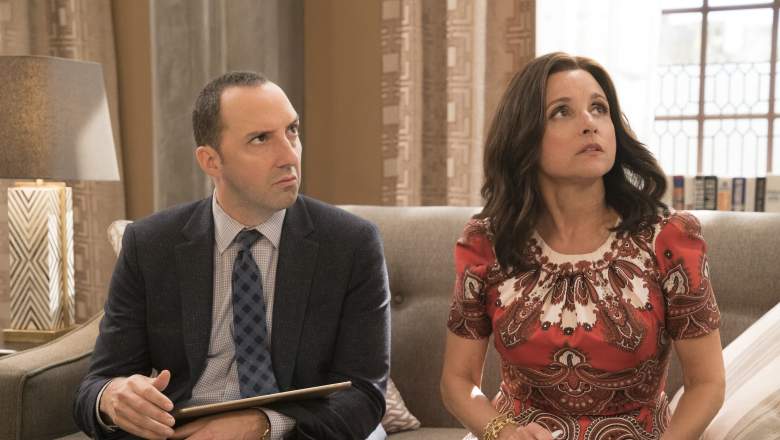 The sixth season of HBO‘s Veep is finally here, with Selina Meyer and her team trying to figure out what’s next for her now that she’s no longer POTUS or VPOTUS. The show doesn’t have any plans to go backwards to the status quo of the early side-splitting seasons, and will instead explore what life is like for a former president. Read on for a preview of the sixth season premiere and the trailer.

Season five ended with Selina losing the presidency and being offered to become vice president again. But after you’ve already been the f***ing POTUS, how can you possibly go back? She almost did become Tom James’ (Hugh Laurie) Vice President, but in a stunning turn of events, Laura Montez (Andrea Savage) became president, leaving both James and Selina screwed in Washington. The sixth season will pick up a year after season five and somehow, she still has the same members of her entourage sticking around. Gary won’t leave her side and Amy comes back to help arrange her schedule.

In the season premiere, “Omaha,” Selina tries to figure out what her legacy is after being the first female President of the United States for a very short time. Meanwhile, Dan has a new job and Amy can’t stand her new co-workers.

In an interview with The Hollywood Reporter, showrunner David Mandel said it never occurred to him to make Selina VPOTUS again.

“That show was done and was done great. We’re going to get to see the former president of the United States in the next stage of her career and to some extent, the quest for relevancy,” Mandel explained to THR. “How does she live in a world where, when she turns on the television, she’s going to see this other president? I’ve never been happier to not have done what people guessed.”

EPISODE DESCRIPTION: “Omaha” – “One year after losing the presidency, Selina (Julia Louis-Dreyfus) attempts to secure her legacy. Dan (Reid Scott) tries to ingratiate himself at his new job. Amy’s (Anna Chlumsky) brash D.C.-style personality proves too much for her new co-workers.”