To be honest, we expected as much! In a promo for tonight’s episode, Upton divulged that she did a lot of dancing to prep for the competition. Asked if she learned ballet or a kind of modern dance, the supermodel replied, “I don’t know, I learned it in the club.”

Ricky kicked off the show with “Old Time Rock and Roll”, wearing just a shirt and his boxers. Usually, contestants aren’t allowed props or to go backstage before their first show, but Ricky had the balls to tell Teigen and LL Cool J that he was going to do just that. When he reappeared, he was pants-less! It all worked, though, because he needed to do that if he wanted to do “Old Time Rock and Roll” justice.

Upton, meanwhile, performed what she said is a song she goes to sleep to– 2 Chainz’ “I’m Different.” She swung her hips around and rapped the song to perfection, giving Ricky a run for his money.

For her final performance, Upton went all-out, performing Britney Spears’ sexy hit single, Baby One More Time in full attire– schoolgirl skirt, pig tails, and her sweater tied up. She strutted her stuff on the stage, and even used Ricky in the performance, too.

Ricky then threw it back with some “Footloose”, and the audience went wild! He performed the same dance we remember Kevin Bacon doing so many moons ago, and the crowd absolutely ate it up.

In the end, it was a close call, but Ricky Martin took the belt and scored a win! Upton was a good sport, cheering alongside the crowd and gushing over how much she loved Martin’s performance. 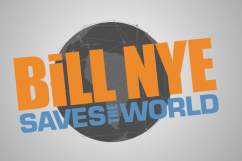