The relationship between Kylie Jenner and Tyga came crashing down earlier this month when the two finally broke up. Now that they are seeing other people, however, rumors are beginning to surface that both celebrities are having second thoughts. Is it true?

Jenner was the first to move on, linking up with rapper/producer Travis Scott. People magazine reports that the two were seen getting cozy with one another at a Moschino X Candy Crush party, and wound up leaving early together. A few short days later, Jenner and Scott posted a photo of themselves at the Coachella Valley Music and Arts Festival, where a fan took video footage of them indiscreetly holding hands.

The most recent development in their relationship, however came on Tuesday, when they attended game five of the NBA Western Conference Finals between the Oklahoma City Thunder and the Houston Rockets. Jenner and Scott sat court side during the game, and although they were sparse on the PDA, many took this as confirmation that they are an item. 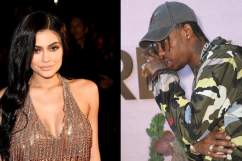 These displays haven’t sat well with Tyga. According to Hollywood Life, the “Rack City” rapper is “beginning to feel threatened by Travis and for the first time ever thinks he could end up losing Kylie. Travis is winning at life!! He’s on a successful tour, he’s killing the rap game, and every time he turns around he’s being offered a new opportunity of sorts,” adds the Hollywood Life insider, “It’s been a while since Tyga’s seen that type of action, and the more he thinks of it, the more Travis sounds like the perfect dude for Kylie.”

Oddly enough, when Tyga struck out of his own, with IG model Jordan Ozuna, the news proved equally heartbreaking for Jenner. Celebrity Insider reports that “Kylie is crushed that Tyga is with Jordan. Kylie’s family has rallied around her, but she has just shut down. Her friends are trying to convince her that it doesn’t mean anything. That she made him jealous with Travis and now he’s doing the same thing, but it’s not getting through to her.”

“Kylie had a romantic fantasy in [her] head,” the source adds, “And thought Tyga would come running back to her with a big gesture to win her over, but sadly that’s not how it all happened.” Given that Jenner’s relationship with Scott has yet to be made official, and Ozuna has since denied having a romantic link to Tyga, the odds of seeing the couple reunite seem surprisingly plausible.

Do you think Jenner and Tyga will eventually get back together?