Tonight, 51 women are vying for the title of Miss USA. One of those women, Miss Utah’s Baylee Jensen, is the first daughter of a former Miss USA to ever compete in the pageant. The 22-year-old is a recent university grad, and was crowned Miss Utah on November 19, 2016. She’s been a dancer for 15 years, and placed first runner up in her very first pageant.

Tonight’s two-hour event will take place in Las Vegas for the second year in a row, and will feature an array of dazzling women from diverse backgrounds who have been training hard for a shot at the crown. Co-hosting the event will be Julianne Hough, Ashley Graham, and Terrence J.

Read on to learn more about Baylee Jensen.

1. She Is the Daughter of Miss USA 1989 Gretchen Jensen

I swear I had my dress on first. Guess my mom was going for the twin look ?

Baylee is the daughter of Miss USA 1989 Gretchen Polhemus Jensen, and will be the first daughter of a former Miss USA to ever to compete at Miss USA. After winning Miss USA, Gretchen went on to represent the country at Miss Universe, where she placed 2nd Runner-up.

In a dual interview with Cosmopolitan, Baylee revealed that she wasn’t part of pageants growing up. “I think the only pageant-related things that I grew up with were the events I attended with my mom [in her role] as a former Miss USA. I remember that she judged Miss USA when I was 10, and I was able to go with her to the pageant.”

2. She Recently Graduated From Utah State University With Honors

My experience here at Miss USA has been nothing short of a dream. I have made memories and friendships that will last a lifetime! I came here thinking I knew what being confidently beautiful meant, but just in the short time we've been here, I've really come to learn what it is for me. Let's just start by saying that I am in no way a small person. I'm not a size 2 and never will be. Im broad shouldered and musclely. I've read more hurtful comments this past week than I have in my whole life. It's so easy to pick ourselves apart being a woman, and when people point out your biggest insecurities publicly it just hurts that much worse. But I have come to realize that it is just someone's opinion. Being confidently beautiful to me means knowing your self worth with or without the validation of others. To some I may not fit the "pageant body" mold, and to them I say this: there has never been a measurement that one must be to win a pageant or to be beautiful. Beauty comes in all forms. We all have our strengths and unique qualities that make us beautiful and my goodness I am so glad for that. If the earth was a garden and we were all the same flower it would get boring. We are different colors, shapes, heights and sizes making our world dynamic and beautiful. Together we create change. Together we can inspire. Together we can uplift. Together we are BEAUTIFUL. ?

Baylee recently graduated from Utah State University with honors. She earned her degree in Communication Studies and received a dual minor in Sociology and Criminal Justice.

In an interview with Miss USA, Jensen spoke about her body and how she is a different size than many of the girls she competes against. “I’m not a petite little girl like a lot of the pageant stereotype bodies. That was something hard for me to overcome and to feel comfortable with, but I grew up as an athlete, and that’s the body that I was given,” she says.

Baylee is a licensed makeup artist and has worked on a number of wedding and model clients, according to Miss Utah USA. She also worked as an event coordinator for a marketing firm, where she had the opportunity to travel around the country.

4. She Is the Oldest of Five Children

Thank goodness for puberty? and my best friends aka best siblings in the world!

Baylee is the oldest of five children. Speaking to Cosmo, her mother, Gretchen, says, “I have five children, two girls and three boys, and I’ve always wanted them to do their own thing. I never wanted them to follow my path necessarily, or to feel like they had to get my approval by being in pageants. So when Baylee said she wanted to [compete in Miss Utah USA] I was like, you do? Wait a minute. When did that happen?”

Baylee says that when she did sign up for a pageant, it was not a big deal at all. “I think I just told her, hey mom, I signed up for this pageant. I think I’m going to do it. She was like, oh, awesome, let me know if you need help. I’ve never been super dependent upon her for anything.”

5. She’s Been a Dancer for Several Years

Baylee has danced on several teams over the past 15 years. Her mother tells Cosmo that contrary to popular belief, Baylee was very independent when it came to her pursuit of the pageant world.

I realized [when she competed for] Miss Utah USA that she didn’t really want any advice until she got to the state finals — and she was literally starting from scratch, because she had no background [in the industry]. She was a dancer, so she had stage presence. And she knew how to walk. But, as far as interview and the techniques involved with pageants and so forth, it was like, well here we go! But that’s her way of planning and processing everything. If I came at her full force with everything she’s supposed to know, her personality wouldn’t absorb it. 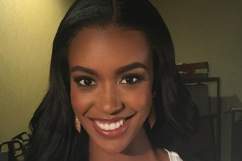