On October 7, 2016, a 2005 Access Hollywood tape of a conversation between Billy Bush and future President Donald Trump surfaced. While it ended Bush’s career at the Today Show, it didn’t stop Trump from winning the presidency a month later. In May, Bush finally gave his first interview since the scandal and was candid about how his daughters, including 16-year-old Mary Bush, reacted.

Bush has been married to Sydney Davis Bush since 1998 and they have three daughters. Despite rumors that their marriage was crumbling last fall, they remained together in the months after the Access Hollywood video scandal. However, Bush’s lawyer told the New York Post’s Page Six on September 20 that the two have separated.

Bush also revealed in his new Hollywood Reporter interview that he is planning a comeback, with the hope that he can return to television.

Here’s what you need to know about Mary Bush.

1. She Called Billy Bush in Tears, Asking How He Could Laugh at ‘Grab Them By the P***y’

In his Hollywood Reporter interview, Bush said Mary called him in tears when the 2005 tape leaked. In the tape, Bush is heard laughing as Trump tells him, “I don’t even wait. And when you’re a star, they let you do it, you cann do anything… grab them by the p***y.”

Bush said he told Mary that “everything’s going to be OK.” But that wasn’t enough for her. She couldn’t understand why he laughed at that remark.

“She said, ‘No, why were you laughing at the things that he was saying on that bus, Dad? They weren’t funny,'” Bush said. “It hit really hard, and I stopped for a second, and I said, ‘I have no answer for that that’s any good. I am really sorry. That was Dad in a bad moment a long time ago. You know me. I am really sorry that you had to hear and see that. I love you.’ She needed to hear that, and I certainly needed to tell her that.”

Bush told Good Morning America‘s Robin Roberts a similar story about Mary. His full interview with Roberts airs on May 23.

Bush said he also had similar conversations with his 18-year-old Josephine “Josie” and 12-year-old Lillie.

“The little one is 12, and she has made the decision not to ever watch [the Trump tape]. And my 18-year-old is more of a fighter,” Bush told The Hollywood Reporter. “She was like, ‘All right, who do I need to take out?’ And my wife, Sydney, knows the environment and the atmosphere I was in at the time, and she knows very well the person she married. She has been very supportive from the very beginning.”

2. Bush Will Let Mary & Lillie Tattoos When They Turn 18 After Josie Got 1

In August 2016, Bush told Today that he was letting his daughter Josie get a tattoo for her 18th birthday. Bush, his wife Sydney and Josie all got matching cross tattoos on their wrists. Although it was painful, then-Today co-host Tamron Hall said the tattoos created a “family bond.”

Bush said that Lillie and Mary could also get matching tattoos when they turn 18. But body piercings are out of the question.

“I am not comfortable with a body piercing as of yet,” Bush said on Today. “But that may change.”

3. She’s a Member of the Political Bush Dynasty

Bush’s brother (and Mary’s uncle) is 48-yea-old Jonathan S. Bush, the co-founder and CEO of <a href="https://www.athenahealth.com/" target="_Blank"athenahealth, a health care technology company based in Watertown, Massachusetts.

4. Mary Was Only a Year Old When the Tape With Trump Was Made

Been setting a perfect example as a father and person for me my whole life. happy 45th. I love you!!!

Mary was only a year old when the tape that ended her father’s career was made. It was recorded in 2005 at NBC Studios when Trump was going to appear on an epsidoe of Days of Our Lives. The tape was leaked to The Washington Post and published two days before the second presidential debate between Trump and Hillary Clinton.

Trump apologized for the comments, but dismissed their importance as “locker room talk.” He even suggested that President Bill Clinton made comments “far worse” on the golf course.

Bush issued his own apology, which was widely mocked. “Obviously I’m embarrassed and ashamed. It’s no excuse, but this happened eleven years ago. I was younger, less mature, and acted foolishly in playing along. I’m very sorry,” Bush said, even though he was 33 at the time tape was made.

When The Hollywood Reporter asked Bush if he agreed with Trump that this was “locker room talk,” Bush said no. “I’m in a lot of locker rooms, I am an athlete, and no, that is not the type of conversation that goes on or that I’ve participated in,” Bush said. 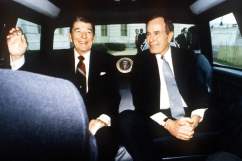 5. Mary’s Father Is Trying to Make a TV Comeback

Bush revealed in the Hollywood Reporter interview that he is hoping to make a comeback. He realized that going back to work quickly after the controversy died down would have been a bad idea. He thinks now might be the right time.

“I plan to return to the job that I love, which is television, communicating, interviewing people. I have changed in a way that I think will make me better at my job,” Bush told the magazine. “I believe there will be more people like me in crisis. And with social media, a flame becomes a bonfire quickly. So I will be picking up my pen and writing them and calling them on the phone, and I will pursue these interviews and these moments with these people. And through what I’ve learned and where I’ve been, I will tell them, ‘You have empathetic ears in me.'”

Also in the interview, Bush said he gets how ironic it is that his career was destroyed while Trump became president. During his time away from the spotlight, he said he tried to take a positive out of the situation, earning a “deeper understanding of how women can connect to the feeling of having to fight extra hard for an even playing field.”

“When a woman watches that tape — and this is what really hit me — they may be asking themselves, ‘Is that what happens when I walk out of a room? When I walk out of a meeting, is that what they’re saying about me? Are they sizing me up?’ I can’t live with that,” Bush told THR. “If a moment like that arose again, I would shut it down quickly. I am in the women-raising business, exclusively. I have three daughters — Mary, Lillie, Josie — and I care very much about the world and the people they encounter.”

“I am incredibly proud of my dad for finally getting the chance to share his side. Everybody deserves forgiveness and a chance to make things right,” Bush’s daughter Josie wrote on Instagram. 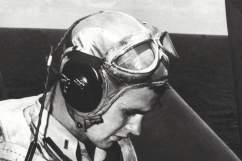