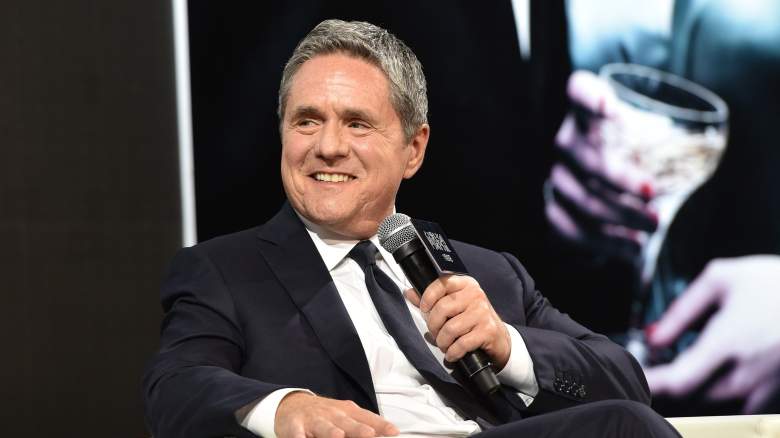 Brad Grey, a titan of Hollywood who most recently led Paramount Pictures, died on Sunday at age 59 after a battle with cancer. Grey overseaw the production of hundreds of movies and won two Primetime Emmys as a producer on HBO’s The Sopranos.

Grey is survived by his wife Cassandra; their son Jules; and his three grown children from his previous marriage to Jill Gutterson. Grey was born in the Bronx and graduated from the State University of New York at Buffalo.

While at Paramount, Grey’s career was filled with successes in the past. He oversaw the Transformers movies, the revival of star Trek and the never-ending Mission: Impossible franchise. Grey was also instrumental in bringing Martin Scorsese to Paramount, where he made Shutter Island, Hugo, The Wolf of Wall Street and Silence. But recently, the studio had trouble producing hits and Grey was ousted in February 2017.

“All of us at Paramount are deeply saddened by the news of Brad Grey’s passing,” Jim Gianopulos, the current Chairman & CEO of Paramount Pictures, told Deadline. “He was at the helm of the studio for over a decade and was responsible for so many of it’s most beloved films. We extend our deepest sympathies to Cassandra, Max, Sam, Emily and Jules Grey, along with Brad’s mother, brother and sister. I was proud to call Brad a friend, and one I greatly admired. He will be missed by us all, and left his mark on our industry and in our hearts.”

Here’s what you need to know about Grey’s death and his career.

1. The Cause of Death Was Cancer 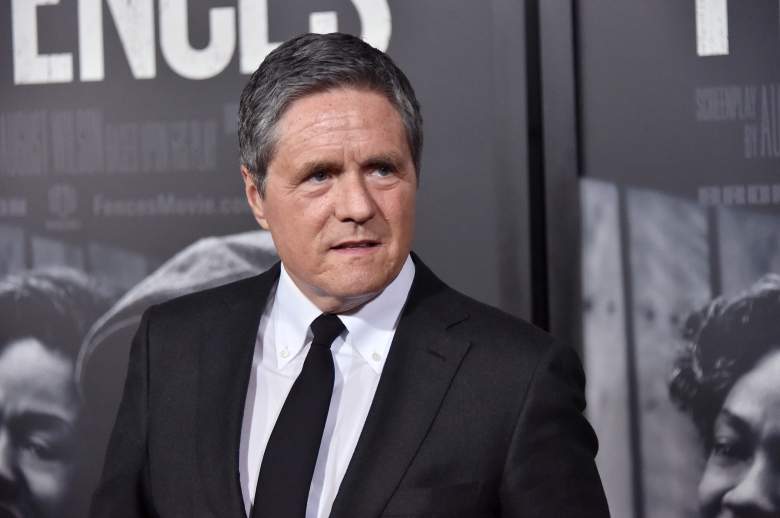 Grey died at his home in Holmby Hills, California, with his friends and family by his side, Deadline reports. He died from a form of cancer.

Deadline reports that the family is planning a private funeral service for later this week. Instead of flowers, the family asks that donations be made to the Lawrence J. Ellison Institute for Transformative Medicine of USC.

Grey was a supporter of cancer causes, hosting the Rebels With A Cause gala in March 2014 with his wife Cassandra, the New York Post reported at the time. The gala honored Oracle CEO Larry Ellison and cancer specialist Dr. David Agus. The star-studded event raised $9 million, with Ellison donating $4.5 million himself to raise cancer awareness.

Grey is survived by his second wife, Cassandra Huysentruyt Grey, whom he married in 2011. The couple have a son Jules. Grey is also survived by his three children from his 1982-2007 marriage to Jill Gutterson, Sam, Max and Emily.

2. Grey Stepped Down From Paramount Pictures in February After 12 Years at the Helm 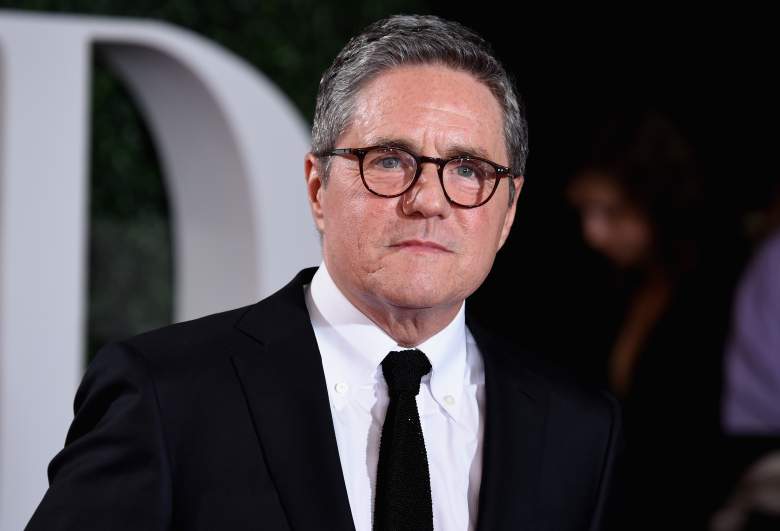 After 12 years of leading Paramount Pictures as chairman and CEO, Grey announced in February that he was leaving, Variety reported at the time. Instead of replacing him with one person, Paramount decided to hire a committee of executives to lead on an interim basis. Viacom, which owns Paramount, still hasn’t found a replacement.

“From the moment I came to Paramount in 2005, I saw myself as a steward of an iconic institution,” Grey wrote in a memo obtained by Variety. “I never could have dreamed that privilege would last more than 12 years. In that time, it has been my honor to work with a group of wildly talented storytellers. The core of our successes has always been their unique ability to entertain and inspire people around the world.”

Despite Grey’s success in the past, Paramount’s decision to move on without him wasn’t a complete surprise. The studio’s fortunes have taken a downturn in recent years. Paramount only had a single film in the top 20 highest-grossing movies of 2016. Star Trek Beyond grossed $158.8 million domestically, making it the 16th biggest movie of 2016. By comparison, Disney had seven of the Top 20 highest-grossing films last year.

Rest In Peace, Brad Grey. He was always good to me, in the small passing moments we had. My heart goes out to his family and loved ones.

According to Celebrity Net Worth, Grey had an estimated net worth of $300 million and was earning $29 million a year.

While at Paramount, the studio won the Oscar for Best Picture for 2007’s No Country For Old Men. In 2016, the studio released only one film nominated for Best Picture, Denzel Washington’s Fences, which earned Viola Davis the Best Supporting Actress Oscar. 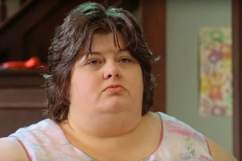 3. Grey Won 2 Primetime Emmys as a Producer on ‘The Sopranos’ 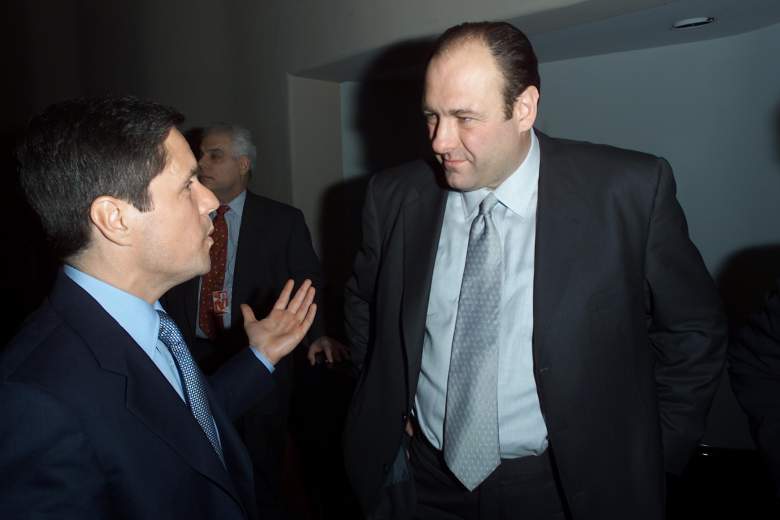 Brad Grey with the late James Gandolfini in 2001. (Getty)

Although Grey had plenty of successes during his career, the crown jewel of his resume is his work on The Sopranos. He won two Emmys as a producer for the iconic show, which ushered in the current golden age of television. Created by David Chase, the series also won five Golden Globe Awards.

Grey was Chase’s manager and The Sopranos was co-produced by Brillstein-Grey Entertainment. Chase recently said during a New York Magazine talk that the company initially approached Chase to write a TV series based on The Godfather, but he had another idea. He wrote a movie script about a New Jersey gangster who goes to therapy, which he thought could be turned into a TV series.

Shocked &saddened by the loss of Brad Grey. He was a really good man. Kind &classy and a helluva boss. Oh man the world has lost a gentleman

In 2008, Deadline reported that Grey wanted to work with Chase again, hiring him to write an original drama film for Paramount. Chase did write a film in 2012 called Not Fade Away, which was released by Paramount’s indie label.

“David is one of the great storytellers of our time, and his debut as a filmmaker is both highly anticipated and long overdue,” Grey said of Chase in 2008. “In truth, David has been creating cinematic-quality filmed drama for more than a decade – spanning nine seasons and 86 episodes of The Sopranos. Having worked with David as a producer, I’m delighted to be with him again and to bring his unique vision to the big screen.” 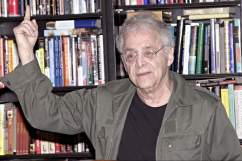 4. He Was a Talent Agent at Brillstein-Grey Entertainment for 20 Years 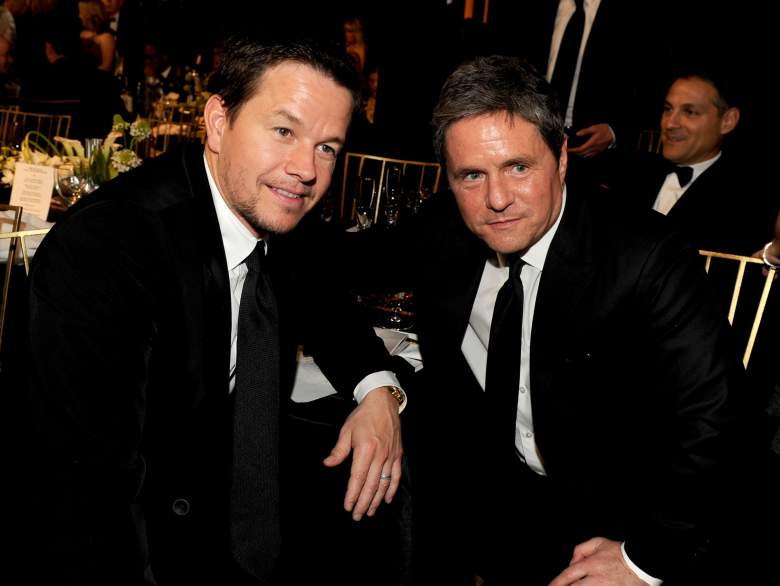 Grey made his first impact in Hollywood at the talent firm Brillstein Entertainment Partners. It was founded in 1991 as Brillstein-Grey, a few years after Bernie Brillstein met Grey at a TV convention. The firm also produced shows and movies, including The Sopranos, The Steve Harvey Show, Just Shoot Me and It’s Garry Shandling’s Show. Grey stayed at the company until he joined Paramount in 2005.

In a 2002 Forbes Magazine profile of Grey, Brillstein spoke glowingly of Grey’s ability to get anyone in Hollywood on the phone.

“There are 20 people who basically run this town. Brad can get any of them on the phone immediately,” Brillstein, who died in 2008, told Forbes. “They answer his call because they never know what he might say that will be vital for them to hear.”

Since the company also produced the content his clients were starring in, there was some concern that there was a conflict of interest. Grey told Forbes in 2002 that he knew about that. “It is a conflict of interest,” Grey said. “I don’t shy away from it. I like to be crystal clear about it and acknowledge it.” In fact, once The Sopranos began taking form, Grey let Chase go outside for management.

Like was not completely rosy for Grey at Brillstein, though, and that “conflict of interest” cost him millions thanks to a dispute with the late Garry Shandling. The comedian claimed that Grey was helping get the It’s Garry Shandling’s Show writers and producers other projects. While Grey was making money off these deals, Shandling wasn’t. Grey counter-sued Shandling for breach of contract. The case avoided trial, with Shandling receiving between $4 million and $10 million.

In a statement to Deadline, Brillstein Entertainment Group said:

Brad was a unique force in our business and a self-made man. Brad helped forge a new paradigm in representing artists and worked to reinvent how a management company can serve its clients. Our hearts go out to his family, whom he loved dearly. As a company, we are indebted to his legacy. 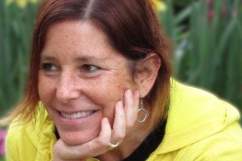 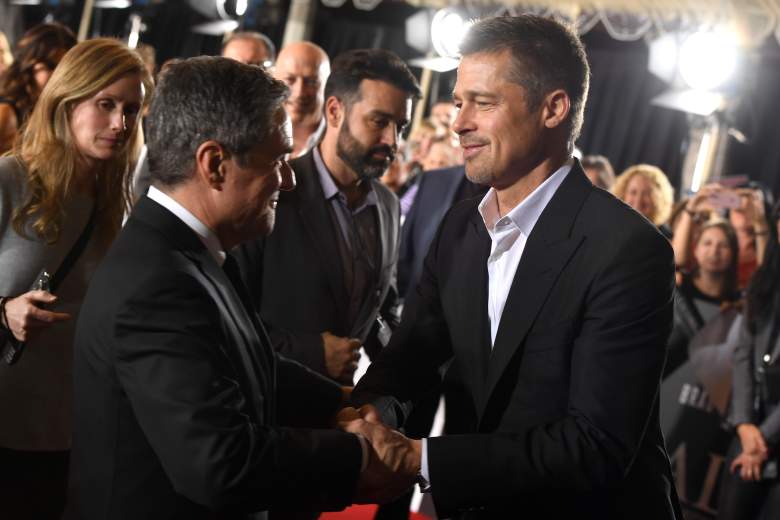 Brad Pitt remains a client of Brillstein Entertainment Partners. In 2002, he helped co-found Plan B with Pitt and his then-wife Jennifer Aniston. Today, Pitt is the sole owner of the company, which has produced three Best Picture Oscar winners – The Departed, 12 Years a Slave and Moonlight. Grey is credited as one of the producers on The Departed, although he’s not listed on the film’s Best Picture Oscar.

For most of its existence, Plan B was based at Paramount. But in 2013, The Hollywood Reporter confirmed that the company was leaving Paramount when its deal with the major ended in 2013. Instead, the company signed a three-year deal with New Regency, which it produced 12 Years A Slave with. The company returned to Paramount, but now has a deal with Megan Ellison’s Annapurna.

Grey’s movie credits as producer also include The Assassination of Jesse James by the Coward Robert Ford, Running With Scissors, Charlie and the Chocolate Factory and Scary Movie.

In a 2011 interview with Deadline, Grey explained why the Oscars were so important to him and the industry as a whole.

Sorry to hear about the death of Brad Grey. His fingerprints are on a lot of great stuff, and his loyalty to Scorsese was a blessing.

“I believe children, when they’re growing up, dream of holding that Oscar,” Grey said. “I think that has always been separate and apart from all of the other awards just in terms of prestige and in terms of grace and elegance. And I think that’s probably because movies just have more import around the world culturally, entertainment-wise, financially.” 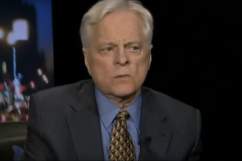