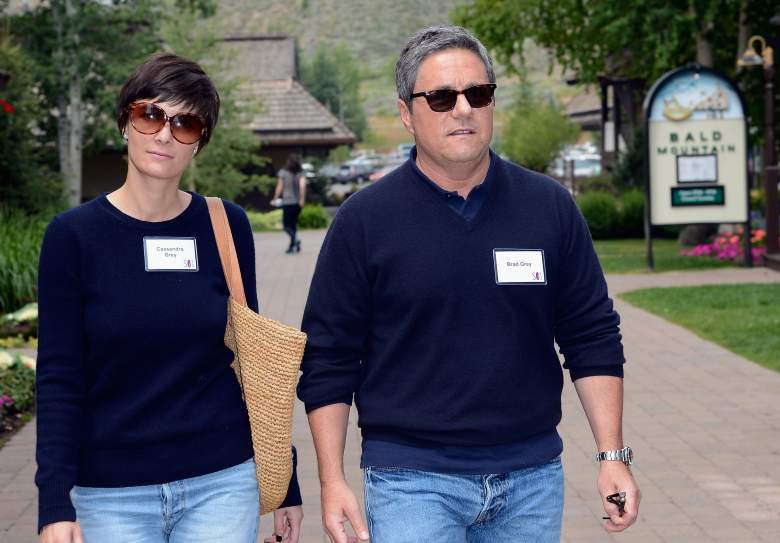 Brad Grey, who was known as a Hollywood icon, died at the age of 59 on Sunday.

TMZ reported that Grey died from a battle with cancer at his home in Holmby Hills surrounded by his family.

For 12 years, Grey served as the chairman and CEO of Paramount Pictures and sparked many close relationships with A-list celebrities at the movie production company throughout that span.

He was married to Jill Gutterson from 1982-2009 before meeting his eventual wife Cassandra Huysentruyt. They had been married for about six years and had one child together.

Here’s what you need to know about Huysentruyt:

1. She Founded a Famous Fashion Line In L.A. 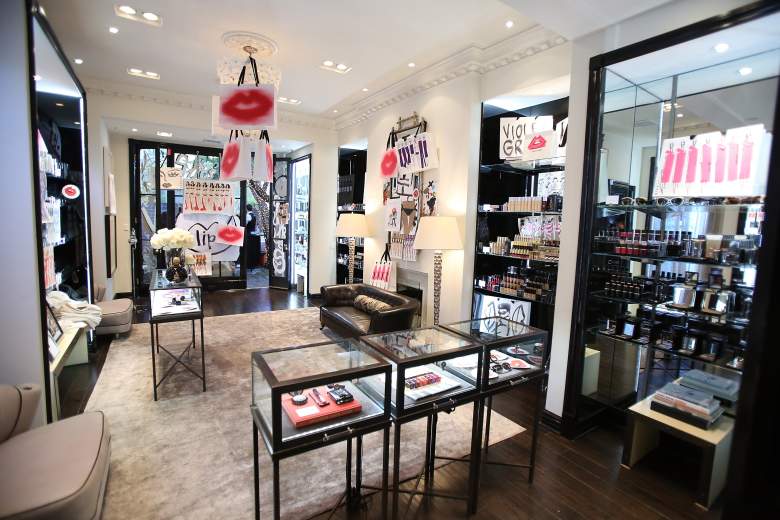 Cassandra had big ambitions to own a fashion studio and a vintage clothing line when she was younger. Those aspirations came to fruition in 2014 when she opened a beauty business called Violet Grey in 2014, three years after opening a now-defunct styling salon called Studio C.H.G.

According to its website, Cassandra’s Violet Grey features “a highly curated selection of the luxury beauty products including makeup, skin care, hair care and nails.”

Her shop is considered a “content-meets-commerce destination” that helps to document the beauty culture of Hollywood.

She continuously posts fashion photos in a Polaroid style to her Instagram account to promote her style line.

In the robust marketing process prior to its opening, the beauty shop featured a star-studded cast with salon dinners called “She’s So Violet.” The first one was attended by celebrities like by Eva Mendes, Anjelica Huston, Jack Nicholson and Pharrell Williams.

The store, located on a block of Melrose Place, was often a resource for celebrities and makeup artists, including the Kardashians and a slew of others. 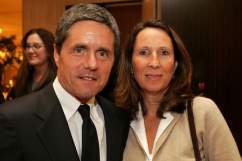 2. She Was Inspired By Elizabeth Taylor 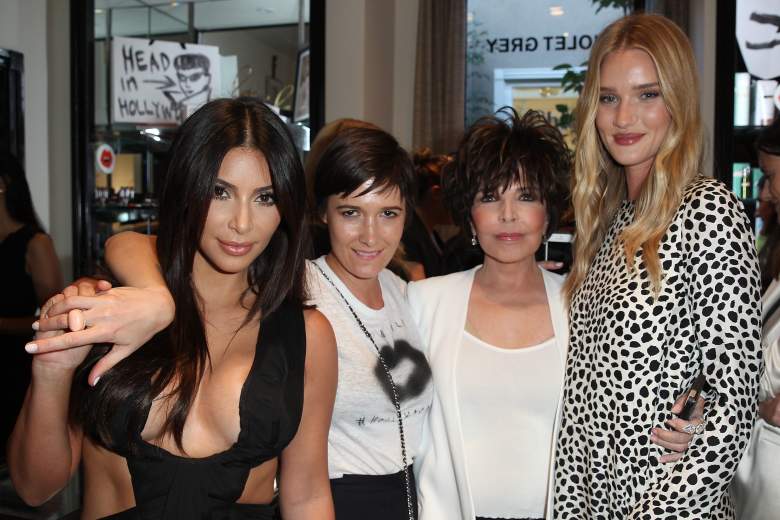 “I was so inspired by the way Elizabeth Taylor lived her life,” she said to the Los Angeles Times in 2014. “It was unapologetic, ruled by passion. She made an enormous impact and had a lot of different lives.

“From a beauty perspective, those eyes were incredible; she was even born with a double set of eyelashes. So metaphorically, giving them the gaze of Hollywood kind of made sense to me.… Star power is incredible. We feel like we’re sort of cheating because we are building a story that includes Hollywood, which is like starring in a narrative that everyone’s already emotionally connected.”

Taylor died of congestive heart failure on March 23, 2011. She was 79-years old when she died.

So it certainly wasn’t a coincidence that the inaugural salon dinner for her beauty store and line was held on February 26, Taylor’s birthday. The event was in collaboration with Taylors’ AIDS Foundation and was planned to honor her legacy.

Taylor was one of the first celebrities to partake in HIV/AIDS activism and helped raise over $270 million for the cause.

3. The Couples’ Wedding Was Attended by Tom Cruise & Brad Pitt 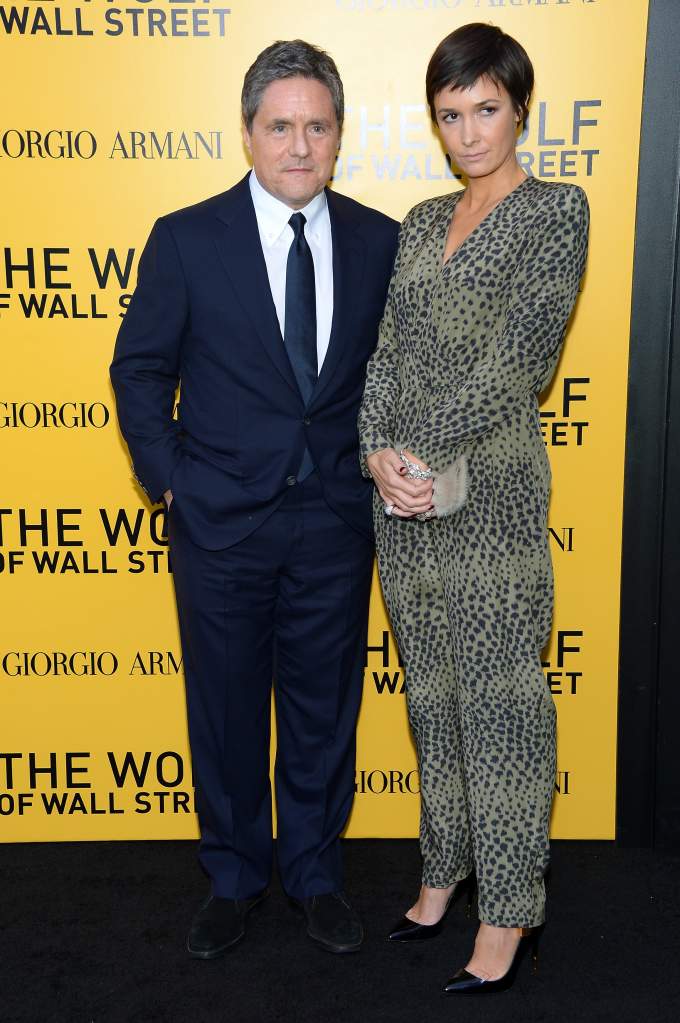 Brad and Cassandra met at a dinner party in 2007 in New York City while he was still married. After 25 years of marriage, Brad and Gutterson got a divorce in 2009. She signed the divorce papers with a smiley face.

Two years after the divorce went through, Brad and Cassandra got married. The 2011 wedding was in front of a star-studded cast of guests that included Tom Cruise, Katie Holmes, Brad Pitt, Gwen Stefani and Jennifer Lopez.

They got married at an exclusive wedding at Brad’s mansion in Bel-Air.

Brad had such a relationship with Pitt because the two formed a partnership in 2002 when they formed Plan B Entertainment along with Warner Bros. The movie production company had two movies for Warner Bros.: Tim Burton’s Charlie and the Chocolate Factory and The Departed. Three years later, the company moved from Warner Bros. to Paramount.

As The New York Times reported, the couple owned homes in Bel-Air, Holmby Hills and purchased a $15.5 million apartment in New York at the Carlyle shortly after their marriage. 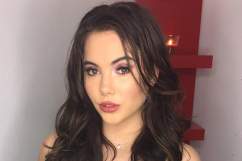 4. The Couple Have 1 Child Together & She’s the Stepmother of 3

When you look just like your dad and your dad is a total OG with good hair and a black car with black interior.

Four years after their marriage, Cassandra announced that she and her husband were set to have a baby boy. The couple threw a “men-allowed” baby shower in L.A. in 2015, and it was attended by Nicholson and Don Rickles, New York Daily News‘ Page Six reported.

@carolebayersager knows how to throw a party! Favorite moment is when I got to make out with #donRickles #legend #fan

On September 3, 2015, the couples’ baby boy was welcomed to the world. His name is Jules Andrew Grey and he was born in Los Angeles.

Page Six reported days after Jules’ birth that he and Cassandra were “doing well” shortly after the birth.

Cassandra is also a stepmother to Brad’s three grown children with his ex wife: Max, Sam and Emily.

5. She Worked as a Marketing Consultant In NYC Before Moving to LA 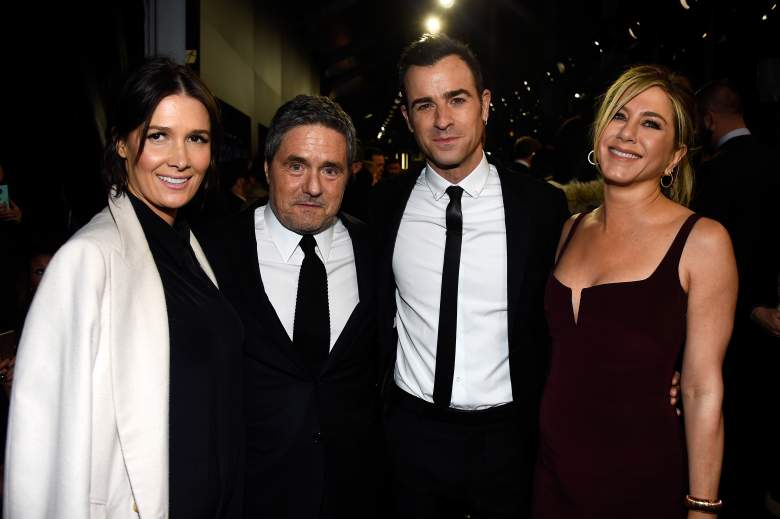 Cassandra found her way into the beauty industry after a long career as a marketing consultant. She was born in San Francisco to “hippie” parents, she told Into the Gloss in January. The family lived on a Native American reservation. At one point in her childhood, she and her family lived inside of a tipi on the reservation. Despite the unique upbringing, she said that her goal was always to “get to New York.”

As she started her career path, she accomplished that goal. She never went to college, but took a few classes in photography and kickboxing. She also worked as a waitress and at a children’s clothing store, The Times wrote.

For nine years, she worked as a creative consultant, doing marketing for Norwood before marrying Brad and moving to L.A.

“I did a lot of creative consulting, advertising, and influencer marketing,” she said to Into the Gloss. “With everything I did, I was always really into image making and the creativity with hair and makeup—the theater of it. So when I moved to LA, the glamour and the aesthetic of Hollywood really fueled what I wanted to do with Violet Grey.”

When she was living in New York, she had a desire to open her future beauty line. She said that she wrote a business plan for Violet Grey when she worked as a marketer. 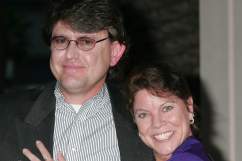