American Race: [TRAILER] "Divisive" | Sneak Preview May 7th | TNTSUBSCRIBE: http://bit.ly/SubscribeTNT Charles Barkley, NBA legend and Sports Emmy®-winning commentator for TNT's Inside the NBA, has been dealing with the issue of race his entire life. Now in American Race, a two-night television event from TNT, he is taking a journey across the country to explore the issue from different angles and engage in thoughtful but spirited dialogue with a diverse cross section of Americans. He brings with him a truly ambitious goal of building the kind of mutual understanding that can lead to productive solutions. Follow American Race: http://www.facebook.com/AmericanRaceTNT http://www.twitter.com/AmericanRaceTNT @AmericanRaceTNT on Instagram American Race [TRAILER] "Divisive" | Sneak Preview May 7th | TNT http://www.youtube.com/user/TNTWeKnowDrama About TNT: TNT is basic cable's #1 network in primetime with young adults and is home to one of cable's most popular slates of original series, including The Alienist, Animal Kingdom, Claws, and the upcoming I Am the Night and Snowpiercer. TNT also presents popular shows such as Arrow, Supernatural, Bones and Castle; primetime specials, such as the Screen Actors Guild Awards® and the iHeartRadio Music Awards; and championship sports coverage, including the NBA and the NCAA Division I Men's Basketball Championship. Connect with TNT Online: Visit the TNT WEBSITE: http://www.TNTDrama.com Like TNT on FACEBOOK: https://www.Facebook.com/TNTDrama Follow TNT on TWITTER: https://Twitter.com/TNTDrama Follow TNT on INSTAGRAM: https://Instagram.com/TNTDrama American Race [TRAILER] "Divisive" | Sneak Preview May 7th | TNT2017-04-26T17:14:43.000Z

Tonight is the premiere of TNT’s new docuseries, American Race, a two-night, four-hour television event that will air May 11 and 12 from 9pm to 11pm on TNT.

The series will follow Barkley as he makes his way across the country, interviewing people and asking them about subjects like police and race relations, Muslims in America, Hollywood stereotyping, and Immigration. In an interview with Sports Illustrated, Barkley said, “If you are black on television, you are probably going to be some kind of thug, gangster or portrayed in a negative light. If you are some type of Muslim, you are going to be blowing stuff up. If you are Hispanic you are going to be some type of gangbanger. I’ve felt like this for years.” Barkley also says that he’s wanted to form a production company for years, and pitched the concept of the documentary to Turner Sports executives.

@NBAonTNT Charles Barkley's "American Race" is so well done, tasteful, and powerful. These r tough topics which he gracefully addresses.

Barkley will speak to Dallas-based activist Sharmina Zaidi, LA based actor and activist Peter Jae Kim, Atlanta-based civil rights attorney Gerald Griggs, and civil rights lawyer William H. “Billy” Murphy. Reviews for the show have been polarizing, to say the least. While some outlets have raved about how well-done it is, others have said Barkley teaches viewers “as little as you would expect.”

A controversial part of the docuseries occurs when Spencer sits down with a leader of the alt-right movement, Richard Spencer, whose tweets were so controversial that he was banned from Twitter last November. Gerald Griggs tells SI that he knew people would have issues with Spencer getting any time on television.

We thought long and hard about it. In the end, we were convinced that it was more important to shine a light. … The point that we started with the show was believing overt racism did not exist anymore and we needed to talk about systematic racism and subtle things on the margins that people are not always aware of. By the time we got to the end of filming, we felt we were not talking about the elephant in the room but about just racism. Richard Spencer provided an opportunity to expose that and to talk about what underlies all of those different issues.

Read on to find out when and where to catch the special tonight. 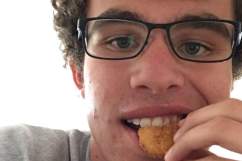 Read More
Celebrities, Charles Barkley, Documentary, Reality TV
Tonight is the premiere of Charles Barkley's two-night, four-hour docuseries, American Race. Find out how and when to watch the show here.