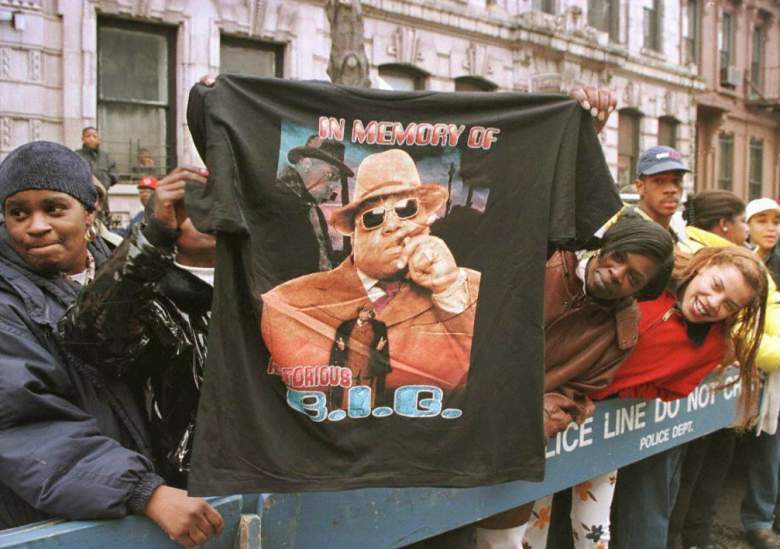 For what would have been Biggie Smalls 45th birthday, Sean “Diddy” Combs decided to pay tribute to the late icon. Combs looked back on his friend and also introduced a new recording artist named CJ Wallace … who happens to be Biggie Smalls’ son.

CJ Wallace came out on stage and addressed the audience, saying that he knows his father is looking down on him tonight and vows that he and his sister will do their best to live up to his name.

Following Wallace’s intro, Combs talked about his new documentary, which focuses on the behind-the-scenes of music, Biggie’s death, scandals and Bad Boy Entertainment. “Can’t Stop Won’t Stop: A Bad Boy Story” is set to debut June 25, 2017. Watch the trailer for the documentary below.

CJ Wallace is the son of the late rapper Christopher Wallace, also known as The Notorious B.I.G., and singer Faith Evans. Recently, Evans was dating Stevie J, who many know from Love & Hip Hop Atlanta and as the father of Joseline Hernandez’s baby. Unfortunately, Stevie J reported to Hollywood Life that he and Evans are no longer together. He revealed that:

There’s nothing romantic between us now, that day has come and gone. Some times we crossed the lines and I’m not mad I crossed line, but I would rather have her as my friend than a romantic relationship because a friendship lasts a lifetime.

In addition to music, Wallace has tried his hand at acting, even starring as his father in the biopic Notorious. He has also appeared in the Will Ferrell movie Everything Must Go and the film Kicks.

Currently, Wallace is in the group CJ & Jahad along with his half-brother Joshua Jahad Russaw and they have music set to be released this year.