Tonight’s finale episode of MTV’s The Challenge: Invasion started out with CT and Ashley coming in first place on day 2 of the final. Nelson and Nicole were second, while Cory and Camila trailed behind in third place. Before the end of the day, there was another time buster opportunity, which meant that the winners could add 5 minutes of time to the male and female of their choosing. Each team had to load little beads on twine and this went on for hours, with no knowledge of an end time. This went on for so long, that all six contestants took a 10 minute truce break. In the middle of their time out, host TJ shows up annoyed that they took a break.

After counting the beads, the winners were revealed to be CT and Ashley, which meant they got to add time to two other contestants. Ashley decided to tag an extra five minutes on Nicole, while CT gave Nelson an extra five.

There are three days total in the final challenge, which meant that one day was left at this point.

For Day 3, CT was paired up with Nicole, Camila was with Nelson and Cory teamed up with Ashley. The final series of checkpoints included a 10-mile kayak route. CT and Nicole start off working very well together, both showing great strength. At the same time, CT says that Nicole is a bit difficult to communicate with, though she’s a beast of a competitor.

Fortunately, CT and Nicole make it to the next checkpoint first again. Now comes the individual stage of the competition. No matter what the outcome, at least each competitor goes home with some kind of monetary reward.

The final challenge was hanging from a bar while being pulled by a boat, dropping, and then swimming to the finish line. Once each contestant has completed the task, the total times for each day are calculated to see who won. Nelson was the first person to complete the task. Next up was Camila, followed by Cory. Nicole was the next contestant up; then CT, and finally, Ashley.

So, now let’s get into the results. Third place, getting $5,000 in cash, out of the guys, was Cory. This meant that it was down to CT and Nelson, out of the guys. Taking $100,000 home for first place was CT, whose total waas over $112,000. CT became very emotional with his win and it was truly inspirational to see him take home the win. This meant that Nelson got second place, with a total of $36,250. The extra money came from the team bank accounts from throughout the season.

I LITERALLY CAN'T EVEN RIGHT NOW! Somebody pinch me my heart is melting ? #TeamCT #TheChallengeInvasion pic.twitter.com/qVDi29JG8c

When it came to the girls, third place went to Nicole, with $5,000. This meant that it was down to Ashley and Camila. For first place, Ashley won over $121,000, with Camila coming in second, winning $27,500. Though she came in second, Camila was not happy and felt her partners dragged her down in the final. As for Ashley, after her win, she broke down crying and called her mother in tears.

On May 16, 2017, the reunion episode will air at 8 p.m. ET/PT on MTV and will be hosted by former Challenge contestant and current pro wrestler Mike “The Miz” Mizanin. In addition, at 9 p.m. ET/PT that night, there will be an MTV special, titled The Champs Vs. Pros, which features our favorite champions up against pro athletes. Some of the champs include Johnny Bananas and CT, while pros include UFC Fighter CM Punk, Lolo Jones and pro snowboarder Lindsey Jacobellis. Check out a sneak peek of the special in the below Twitter video.

Looks like @MTVBananas might just have a new rival in @CMPunk… Check out this first look at #ChampsVsPros coming Tuesday, May 16! pic.twitter.com/uGAoJ3k6vV 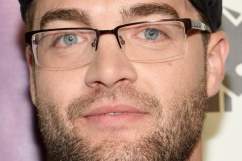