Tonight, Grammy Award-winning artist Darius Rucker will appear on the CBS show Undercover Boss. To craft a convincing persona, Rucker must spend hours in makeup. He’ll don a new nose, forehead, and wig in the hopes of completely transforming into a whole new person.

Read on to learn more about Rucker in tonight’s episode of Undercover Boss.

1. Rucker Will Go Undercover as a Retired Schoolteacher

Tonight, Rucker will take on the persona of a retired schoolteacher named Jackie Middleton who’s come to Texas with the hopes of hitting it big in the music industry. In a promo for tonight, Rucker tells the makeup artists, “Just make sure they don’t know who I am, and I’ll figure out how to change my voice.”

He’ll also spend some time as a roadie running an open mic night in his rather convincing disguise. The singer tells the cameras, “I’m going undercover because I don’t want anyone to treat me differently just because I’m Darius Rucker. If they think I’m just an average Joe, they’ll probably be a lot more honest and I’ll be able to see their true talent.” 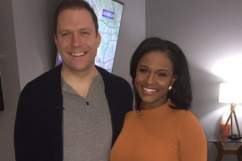 2. He Guest Starred on ‘Hawaii Five-O’ Earlier This Year

Tonight isn’t the first time Rucker has appeared on a CBS show. On February 24, he guest starred on Hawaii Five-O as villain Desmond Abati, a bomb maker and well-known criminal. The synopsis for the episode read, “MacGarrett and Danny finally track down the missing uranium, which has been used to build a bomb located in the middle of the jungle. Now, they must carefully extract the unstable explosive through treacherous terrain before it detonates.”

The country star has also appeared in comedies like Shallow Hal and CMT’s Still the King with Billy Ray Cyrus, and says he would act again if given the chance.

3. Rucker Will Meet and Work With a 19-Year-Old Omaha Singer

Tonight, Rucker will work with a 19-year-old singer from Omaha named Jocelyn Muhammad. Though she wasn’t able to reveal too much to press, Muhammad  told Omaha.com, “I had no idea it was him… I was really confused and just very starstruck.” Jocelyn has not been playing music for very long– she started singing her freshman year of high school and picked up a guitar when she was a sophomore. She’s since made some good connections in the industry, and has been invited to play in Nashville, LA, New York, and Austin.

Rucker will also meet and work with a Louisiana couple who thought they were being scouted for a documentary when they first met Rucker. As it turns out, reports The News Star, the couple will be working directly with the country music star in what they’ve called a “one in a million shot.”

4. He Recently Launched His Own Brand of Whiskey 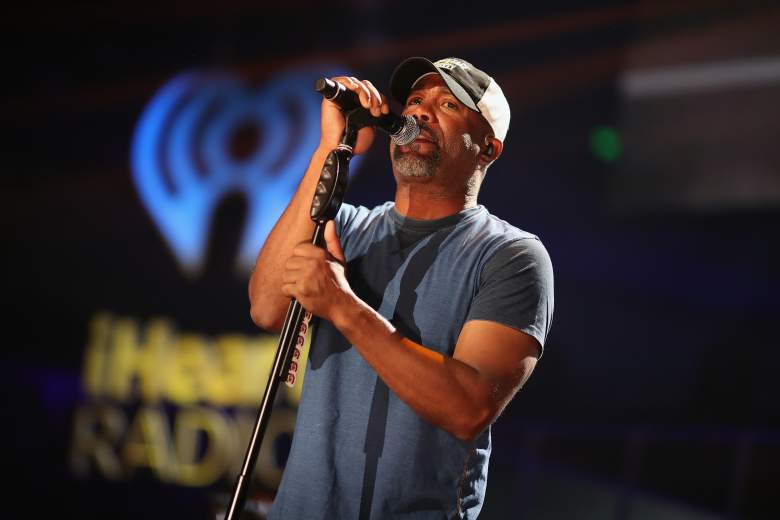 Singer Darius Rucker performs onstage during the 2017 iHeartCountry Festival, A Music Experience by AT&T at The Frank Erwin Center on May 6, 2017 in Austin, Texas. (Getty)

Rucker recently launched his own brand of whiskey called Backstage Southern Whiskey, which is set to hit the shelves in Georgia, Kentucky, and Tennessee. Before each show, Rucker and his band, crew, and anyone working backstage toasts to a great performance. In a press release, the former Hootie and the Blowfish frontman said, “That toast is a vital part of our nightly routine. It’s really about celebrating the opportunity to make music together. And Backstage Southern Whiskey is now a part of that important ritual that we can share with fans.”

According to The State, Rucker’s whiskey will be released in about 200 locations across South Carolina. Danial Rickenmann, a member of the Columbia City Council and a longtime friend of Rucker says, “It’s a great opportunity… It’s fun. It’s a little venture family and friend have talked about for a long time. It’s about whiskey and music. It’s a fun little project.”

5. Two Celebrities Will Go Undercover for the First Time Ever

Next week, another celebrity will appear on the show: world-renowned chef Marcus Samuelsson. Samuelsson was born in Ethiopia, and his mother passed away from tuberculosis when he was just three years old. It was because of his maternal grandmother in Sweden that Marcus first realized he was passionate about cooking. The chef and restauranteur was part of apprenticeship programs in Switzerland and Austria before coming to the US in 1991. Not long after turning 24, he became the youngest ever chef to receive a 3-star review from the New York Times.

Samuelsson will go undercover to discover fresh new cooking talent on his episode, which will air next Friday, May 19, at 8pm.