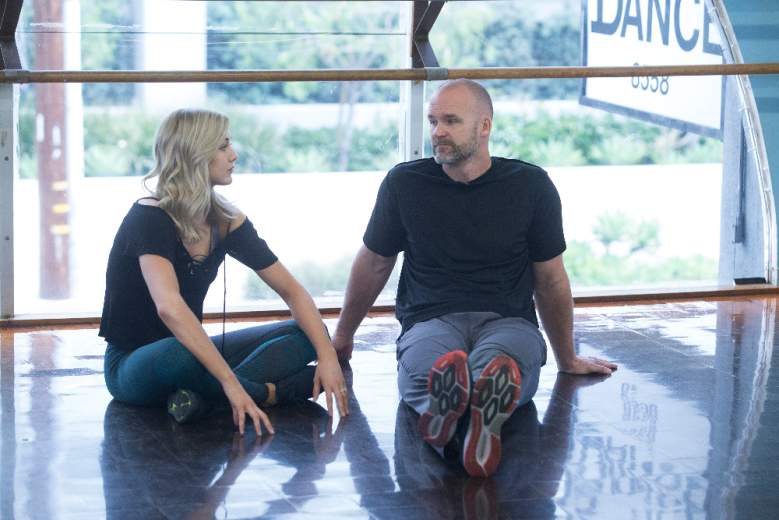 Tonight is the season 24 finale of Dancing With the Stars and the final three competitors are MLB star David Ross, NFL player Rashad Jennings and singer Normani Kordei.

While many have been rooting for Kordei, who has been killing it each week, last night she didn’t score as high as her competitors. Perhaps it had something to do with her twisted ankle injury or grueling tour schedule with her music group Fifth Harmony. On the other hand, Rashad Jennings blew the judges away with his routines. And then there’s David Ross, who says he’s on this show for and because of the fans. He’s not been one of the best dancers on the show, but the judges had a soft spot for him, as have the viewers. Last night, he dominated the dance floor and he could very well have the votes of fans to earn him that mirrorball trophy.

In an interview with People, Ross opened up about his journey on the show, saying:

It’s very frustrating every week to start something new and to go through the ups and downs of the show. It’s really hard Tuesday and Wednesday, but then you start to get it Thursday and Friday and then camera blocking on Sunday and then it’s the highest of highs when you perform it on the show. You learn about the journey of teaching yourself something new. I’ve learned to deal with frustration and talk things out. I feel like I’ve already won.

Ross says that he never thought he would have made it to the finals in this competition, telling E! that:

I never thought I’d get this far. I don’t think any of us thought we were going to get this far. It wasn’t a goal of mine, when we set off it was just to have fun. This journey’s been amazing. I have a friend for life in Lindsay and her husband Sam. They’re a part of our family. I’m so thankful for this show. I never thought I’d grow this much as a person being on a dancing show and I have.

So, what happens if Ross actually wins? According to Us Weekly, Ross’ daughter plans on keeping her dad’s DWTS trophy if he takes the mirrorball home.

Tonight, each of the remaining contestants will participate in a 24-hour fusion routine, which was assigned to each of them last night, in preparation for the finale.

Read More
Dancing With The Stars, DWTS, Reality TV, TV
David Ross has been a major underdog on Dancing With the Stars 2017. Could he actually win the DWTS season 24 finale tonight?