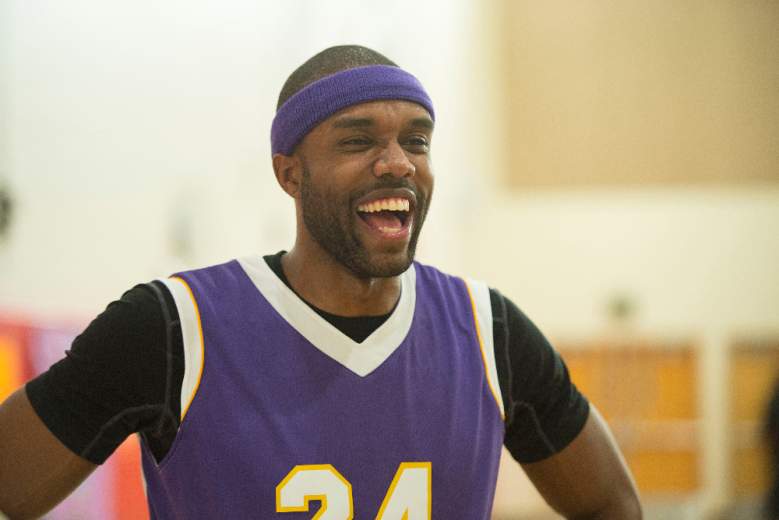 DeMario Jackson is faced with major drama on The Bachelorette tonight and fans may be wondering what happens … Let’s start from the beginning. Jackson was very outspoken on the premiere, and some of the other men think that he talks a bit too much. Lindsay said that she enjoyed his confidence and was impressed by it … and the feeling continues during episode 2 this season. On the episode, Jackson is involved in a group date, playing basketball, and he does exceptionally well. This is a turn-on for Lindsay, who says that she has a weakness for athletes. But, Lindsay’s admiration for Jackson probably doesn’t last for too long, since Reality Steve reports that contestant Jackson gets called out for having a girlfriend … by the girl he was supposedly dating. The girl is named Lexi and she comes on the show, saying that she was in a 7-month relationship with Jackson and then he disappeared. Three days went by and she saw him on television, in the running to compete on The Bachelorette. Lexi said that Jackson even still had a key to her apartment.

When Jackson was confronted by Rachel Lindsay and Lexi, his first response was, “Oh!!! Who’s this?” Jackson then said that he met her “many times ago” and wanted to talk about it off-camera. Lindsay said that if he had nothing to hide, then he should just talk. Jackson said that he broke off a relationship with her and that they were no longer together. Lindsay becomes frustrated when Jackson can’t come up with exact dates that the relationship ended and she says that what Jackson is saying doesn’t make sense. Lexi then pulls out her phone and says that she has text messages from the last time they were together. Lindsay starts cursing and sends Jackson home, saying she doesn’t like to be embarrassed and that she wanted him to “get the fuck out.”

Many viewers have already met Jackson, as he is one of the four contestants who Lindsay met on the After the Final Rose Special from Nick Viall’s season of The Bachelor. Upon showing up at the mansion, Jackson was excited that Lindsay remembered him and he said that he looked forward to having many firsts with her. When the two initially met on the ATFR Special, Jackson brought fake plane tickets to Las Vegas for them to elope.

During host Chris Harrison’s Facebook Live reveal of the contestants, he implied that Jackson might be the kind of guy who is just on the show for the “wrong reasons.”

On the premiere episode, Rachel Lindsay meets up with several girls from Nick Viall’s season of The Bachelor and former cast member Whitney reveals that Jackson may have some shady business going on. The former Bachelor contestants who Lindsay gets together with include Corinne, Alexis, Jasmine, Whitney, Raven, Kristina, and a couple others. The girls weighed in on DeMario Jackson and Raven Gates was the first person to say she didn’t like him. Whitney then spoke up, saying that Jackson’s intentions “may not be pure”. Whitney’s exact words were:

Sarah [Vendal] from our season knows him through some mutual friends from college. She said that his intentions might not be pure.

At the end of tonight’s episode, Jackson shows up at the cocktail party at the mansion and wants to talk with Lindsay. Security tells him that he cannot come onto the property without the okay from host Chris Harrison. When Harrison talks to Jackson, Jackson says that he needs to be able to speak to Lindsay and that he did “fuck up.” Harrison offers to speak with Lindsay and see if she wants to talk to Jackson. When the other contestants hear that Jackson has returned, they are very upset, even though Lindsay says she is very curious to find out what Jackson has to say for himself.

And that’s where the episode ends … We’ll have to wait and see what happens next week.