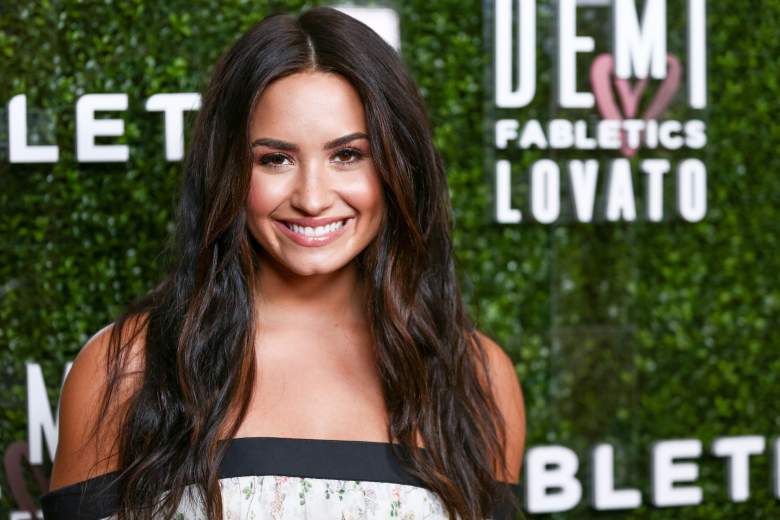 Demi Lovato was spotted sitting next to MMA fighter, Donald “Cowboy” Cerrone at UFC 211 on Saturday night in Dallas, Texas. However, it does not appear as though the two attended the event together. Fans on social media were quick to notice that Lovato was sitting next to Cerrone, but the celebs did not give anyone any indication that they are dating.

Lmao is Demi Lovato with cowboy cerrone? This girl has them lined up ?????

The Cool For The Summer singer has become a fan of MMA, as her last two boyfriends have both been competitors in the sport. However, neither of Lovato’s ex-boyfriends are on the UFC 211 card.

Last July, Lovato was linked to MMA fighter Guilherme “Bomba” Vasconcelos. The two dated casually before Lovato started seeing Luke Rockhold — another MMA fighter. Their relationship lasted a short while before Lovato decided that she wanted to get back together with Vasconcelos, according to TMZ. The two reconciled and things seemed to be going really well.

On May 8, however, People Magazine reported that Lovato and Vasconcelos ended their relationship.

“It wasn’t a dramatic split. Bomba is a good guy, but the relationship just ran its course,” a source told the magazine.

During Saturday’s pay-per-view event, the camera panned to Lovato and Cerrone, but it didn’t appear as though the two were at the event together. As you can see in the gif below, there is ample space between Lovato and Cerrone and they don’t look like they were even sitting together — they just happened to be sitting next to one another.

Watching MMA is fairly common amongst celebrities and athletes and it’s not unusual to see familiar faces in the crowd at UFC events.

Check out the Snapchat photo below, posted by a fan who spotted Lovato at the event.

It is also important to note that Lovato has been training in MMA lately, which could also explain why she is at tonight’s fight. The 24-year-old has been staying super toned by hitting the gym, focusing on boxing and martial arts. She says that she finds her workouts “therapeutic.”

“I feel the most confident when I’m in the gym. Whenever I’m training — whether it’s boxing, kickboxing, Muay Thai, jiu-jitsu,” Lovato told Us Weekly. “I stay confident in my own life by daily affirmations — looking in the mirror, telling myself I’m beautiful no matter what and just learning to accept my flaws for what they are and knowing that, you know, my curves are beautiful, and I am who I am. I hope to inspire [young women] by getting in the gym, getting healthy, feeling comfortable in their skin,” she added.

On May 4, Lovato shared a video of one of her workouts. Check it out below. 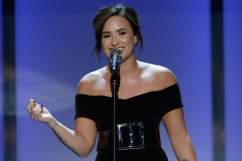 Who Is Demi Lovato Dating?